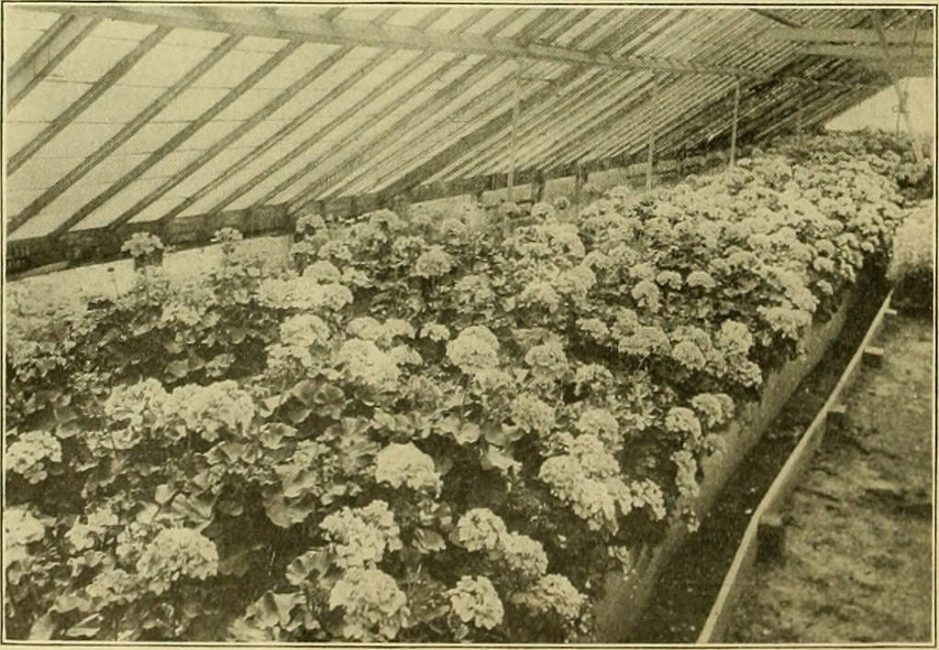 Featured Image: from The American Florist: A weekly journal for the trade, circe 1885. This image is in the public domain in the United States.

There is an online service that allows you to comb through a vast catalogue of flowers and to select an arrangement to be delivered, via post, to a place of your choosing on a date of your choosing. Yes, even to a graveyard.

My sister called me. I silenced the call.

Thirty minutes later, I gave her a ring back.

Hey, she said. Can we talk about Dad?

Did you see his text about Grandma and Grandaddy?

No. He didn’t text me. Told me, but didn’t text. Doesn’t surprise me though. That’s pure Dad. He isn’t good with emotions.

Yeah. I ask her, do you know what he said when he got to our place? He said, as soon as he walked in the door, Merry merry merry Christmas, we’re so glad to see you guys, and he stopped for a second then just jumped right into it. He said, we have some bad news, Grandma isn’t doing so well and Grandaddy has a lump in his neck. They think it’s probably cancer.

I know, she said. But seriously, what’s the deal with that?

It was weeks later.

I sat in the snow, and for a brief moment I fixed all of my attention on making the three words on my screen mean something. I closed my eyes and I imagined myself crying. I thought of movies that I remembered made me cry. I thought of people that I loved crying. I thought of times I hurt people. I thought of the time my wife told me that I was just like my father, so sensitive, she said, and this time, I actually wanted to believe it.

I opened my eyes and looked at the words. And the words looked back at me.

It was a text from my father.

And I wasn’t even empty.

And I wasn’t even nothing.

The online service is called pocketsfull.com. It’s very useful. They brand themselves artisanal. Their flowers are sourced from local farms. You can browse by category, holiday, mood: birthday, romantic, new baby, sympathy. Or by flower: Callus, Carnation, Daisy, Freesia.

They provide same-day or future delivery options. They have a space for you to write a personalized note. If you don’t have the time, you can also select from a variety of pre-written messages.

They have a special arrangement for Talk Like a Pirate Day. It’s a speckled mix of black dahlias and white lilies with a tiny plastic skull fixed in the middle. The pre-written message reads: Arrgh, you make me hearty melt.

For my wife’s birthday, I had that arrangement sent to her office.

You called me, I said.

No I didn’t. My sister slurred her words. I mean yeah, she said, the missed call thing. You’re right. I called you. I was confused.

It was quiet. I picked at my fingernails. Are you ok?

Yeah, she said. Are you?

I mean no, she said.

I didn’t think so. You don’t sound like it.

Yeah, she said. I don’t know why? It was a question.

If you had to give it a word, what would you call it, I asked.

She didn’t even have to think about it. Sad, she said. I would call it sad.

Do you think that Grandma was, I don’t know, some sort of catalyst for feeling something you’ve been trying not to feel?

That’s interesting that you just said home, I said.

Home is where Grandaddy is right now.

It was quiet for a while.

Yeah, I said. That makes sense. He’s like a fixed point in our lives, you know? Even if he isn’t. I mean, like, of course he’s going to die. It’s inevitable. It’s going to happen, but that’s a weird thing even to say. Even to think.

She was quiet. I sat in the silence for a moment. I don’t know how to feel that, I said, trying to move the conversation along.

Answering your phone? she asked.

It wasn’t a joke. It wasn’t an accusation either. It was a statement of fact.

Now it was my turn to be quiet.

I picked at my fingernails.

Your wife is good at that though, she said. Answering the phone, I mean.

My wife called me. I looked it up, she said. There are flights to Texas from Burlington this week and this weekend. It’ll be expensive. But I think it’s worth it if you want to go.

I thought about it for a while.

What are you thinking babes, she asked.

I’ll go down later. When it’s not about a funeral. When it’s about being with people.

Okay, she said. If that’s what you want.

My father sent a text to our family’s group thread.

Father: We’re talking about having the funeral on Saturday. While we would love for you guys to be there, we realize that this is a huge financial burden. We understand if you can’t make it.

Sister (instantly): I don’t see how I can. I wish I could. If it was a little later, maybe. I’m so sorry.

Father: There is nothing to be sorry about. You have been there for us. That’s what matters.

Wife: Ben is done in VT on Friday. We are committed to watching our god daughters this weekend though. Maybe we can change our plans?

I went to pocketsfull.com and browsed the flowers. I clicked on the sympathy section. I looked through the arrangements. I selected a beautiful arrangement of pink and white irises called “thoughtful”. The flowers were grown by Farmer Mike, a grey fox of a man with a thick white mustache and a kind smile. I selected the deluxe 24-stem arrangement with a signature white vase.

I put it in my shopping cart.

I came to the section where I could select a personalized note or a pre-written message.

The pre-written message read: So sorry for your loss.

I clicked on the empty text box where I could write a personalized note.

I stared at the empty text box where I could write a personalized note.

I put my fingers on the keyboard. I picked them up again

I drank a bottle of wine.

I stared at the empty text box where I could write a personalized note.

I closed the browser.

I didn’t buy the flowers.

It was weeks later.

My mother sent a group text to me and my wife.

Mother: Dad told me you guys sent us the flowers. They are beautiful. They warmed our hearts. I think grandma would have loved and been honored by them.

Mother: (Picture of the flowers in a vase).

Mother: I love them.

Mother: Notice beautiful wall art in the back?

I looked at the picture, behind the flowers, on the wall. A simple handpainted sign my wife and I had made for my parents’ Christmas present.

Mother: I love you both so much.

Wife: We love you too! Sorry we couldn’t be there.

I looked at the sign. My wife’s idea. My parents love simple wall art. I had stained the wood. My wife had picked a quote and painted it on in thin, meticulous script.

If you want to change the world, go home and love your family. – Mother Theresa

My wife sent me a text on a separate thread.

Wife: I sent along some flowers and a vase for your mom since we couldn’t make the funeral. That’s what she’s talking about. I hope that was ok.

Wife: Love u too. 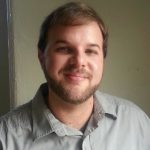 Ben Hennesy is an author, playwright, and co-founder of Chalkboard Theatre Project. He has written over 20 short plays and has had the honor seeing 7 of them come to life on the stages at Eastern and Temple University. If he isn’t writing, reading, working, or slaving away at completing his MFA, he can often be found on hiking the “mountains” of central PA or people-watching in West Philadelphia where he lives with his wife and beloved dog, Ruby Ketchup.