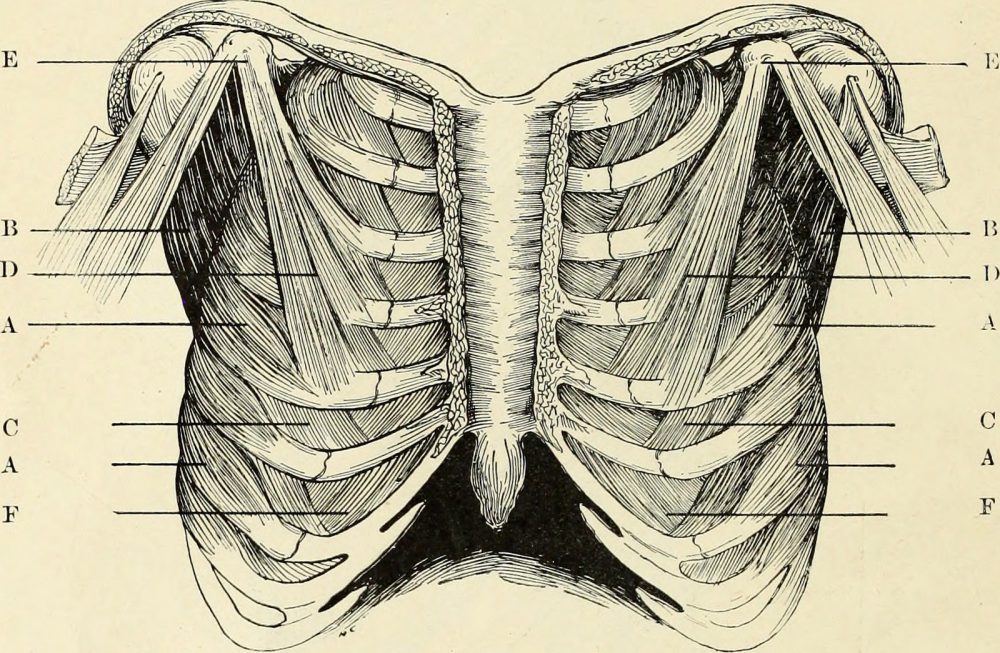 Featured Image: from The Art of Singing, circa 1910, by William Shakespeare, 1849-1931. This image is in the public domain in the United States.

Some amoeba is reproducing in your lungs. A sickly sugar radiates from your trunk and poisons the taste of your tonsils. Your brother brings you tea while you insist it’s only a bad cold. A friend brings the quack stuff. In a week, she’ll ask for it back, and it’ll be lost in your embarrassing medicine cupboard, and you’ll dig through crusty bottles of cough syrup and plastic tubs of Tums with three tablets left apiece until you finally find her precious thieves’ oil behind your prescription heartburn medicine. That’ll be a mess, but you borrow her thieves’ oil anyway.

When she’s gone, you stand over the sink and spritz from the tiny spray bottle into a spoon, but the force of the mist blasts most of the thieves’ oil off the tin and into the atmosphere so that no matter how much you spray, the spoon holds a fixed amount. You tap the faucet to drip two drops of water in but it fills the spoon all the way, and once you decide to pour it under your tongue anyway, you’re glad you thinned it out that much. It’s alcohol and cinnamon and poison.

You sputter into the sink. You’ve coughed so much you can’t anymore. You told your mom once during childhood bronchitis that your cough was unproductive. It was an itch, and coughing didn’t scratch it. She was impressed with your phrasing. It distracted her from the dry cough issue. You had to fight it yourself.

Instead of sweet phlegm radiating upward, the burning spice of thieves’ oil floats down in a fog. You squint at the bottle. The directions say to spray it on surfaces as a disinfectant. The top ingredient is alcohol. This isn’t even medicine.

It doesn’t matter. You’re sick. It doesn’t matter that you’re sick, either. As you set the thieves’ oil in your embarrassing medicine cupboard—not a cabinet, but an entire cupboard—you decide it might be nice to die. A Shakespeare verse from junior high English grazes your frontal lobe and vanishes. You zombie-shuffle past the bathroom and flick off the light your brother left on, then recline into your fortress of tea mugs and cough drop wrappers and the roll of toilet paper you’re using as phlegm rags. You could die right now and feel okay about it. It’s not to escape misery. It’s to embrace apathy. Like a pillow. Like your lungs to the amoeba.

What was that verse of Shakespeare? Something about breathing.

You’ve been drinking water a lot, so you pee a lot. Each time you return to the bathroom you flick back on the light your brother had initially left on, probably for you, because in this haze you live in now, you’d probably end up pissing in quietly confused darkness and tripping into the tub. When your bladder is empty and your hands are nearly scalded away because you got lost wondering about Shakespeare while washing them, you return to the fortress of sickness and grab a tea mug. You don’t want more tea and honey, but a body in motion tends to stay in motion, and since you’ve settled into this orbit, you microwave water and make some black tea and spoon in too much honey.

It’s too hot. You leave it on the counter. Then you drift outside into the evening. You drift to the backyard. Your eyes drift to the sky. Two stars are out. You’ve gotten good at chewing on teabags soaked with watery honey and realize you’re chewing on one right now. You realize this because it has popped. You drop your jaw and eject your tongue so the gob drops to the lawn. You scrape your mouth clean. The infectious phlegm flavor is crawling back into your tonsils.

Your thieves’ oil friend is lingering in the front yard talking to your brother. As more stars prick the drowning light of the setting sun, their voices, deepened and blurred from the other side of your house, vanish. Your friend’s tiny boxy hybrid car makes a pretentious click as the door shuts. It rolls out the long gravel driveway and past where you stand, facing the woods, but it doesn’t slow or give any indication that you’re not invisible.

You prefer to die without the chance of ghosthood.

But you only have a cold.

Your brother wonders aloud where you wandered to while the stars prick forth.

Sharply, Shakespeare returns: “A breath thou art, servile to all the skyey influences.” 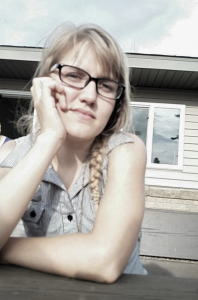 Jessica Staricka is a graduate of Minnesota State University, Mankato, with a BA in Creative Writing. When she’s not writing, she can be found drawing or having personal crises. Her work has also appeared in water soup.