A. Anupama is an Indian-American poet, graduate of the MFA in Writing program at Vermont College of Fine Arts, and instructor at Ramapo College and Writopia Lab.Her poetry has appeared in Waxwing, Drunken Boat, CutBank, Juked, Numéro Cinq and other publications. More about her here.

Donna Lee Miele lives and writes in New York’s Hudson Valley. She received her MFA in 2014 from Manhattanville College, edits for Manhattanville’s Inkwell Journal, and coordinates publications for the Waldorf Early Childhood Association. Donna’s fiction has appeared or is forthcoming in |tap| litmag, Atticus Review, Lady Blue Publishing, and elsewhere. Visit her here. 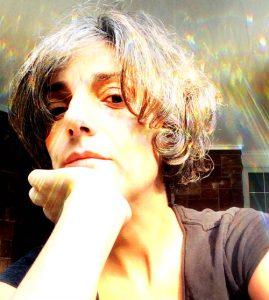 Karen Clark (B.A., Barnard; M.F.A, CUNY CCNY) is an Upper West Side expat who is happy and grateful to have been welcomed into the Rockland writing community by the River River Writer’s Circle. She has published a few things here and there and is presently completing a novel she began writing at River River Writing Group meetups. She is a freelance editor and proofreader who has had the privilege and pleasure of working with, among others, novelist John Wirenius (Phineas at Bay), poet & novelist Pamela L. Laskin (My Life on the Moon; Visitation Rites; It’s All About Shoes!; Why No Goodbye?) and memoirist Carla Porch (Union Lake.) A former NYC bookstore owner (The Last Word, Morningside Heights, 1992-2005) she has spent her life getting drunk on words. 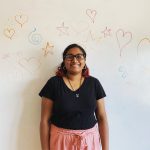 Rhea Mathews grew up in Rockland County, New York, loving words, poems, and stories. She graduated from Ramapo High School and now attends Brown University. In the fall, she will start her third year towards earning a Bachelors of Arts in Literary Arts aka Creative Writing. She loves helping people find new and exciting ways to express themselves; she hopes to take this passion with her everywhere! Special thanks to Rhea for curating photography on prose for this issue.

Dylan Manning attends Kenyon College. She interned for River River while still in high school, and we are pleased to welcome her back. A student at the nexus of creative writing, screenwriting, and biological anthropology, she balances academics with stand-up comedy, violin (orchestra and jazz ensemble), and film making. She is reasonably conversational in Spanish, very fluent in English. Triathlon training currently on hold.