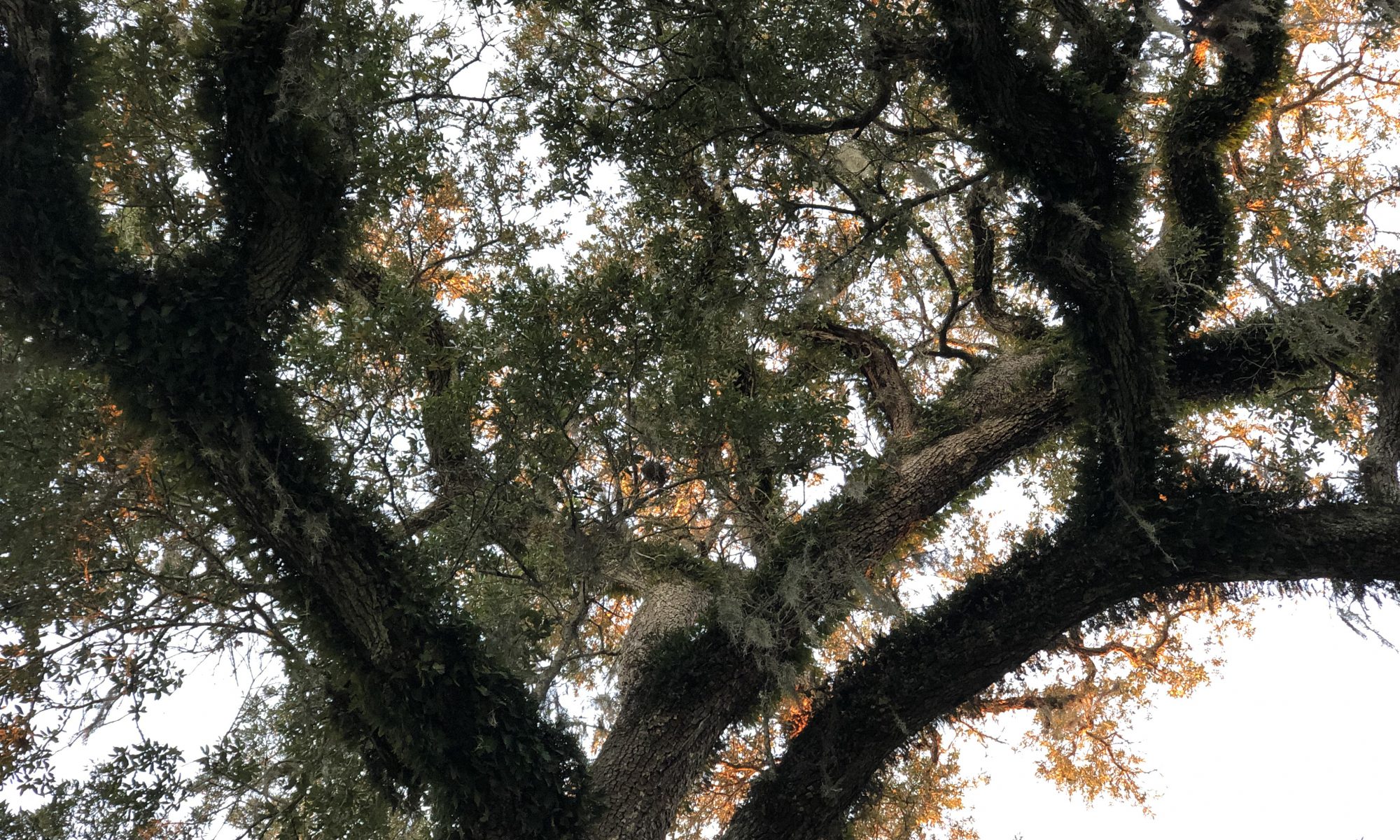 It’s rotting inside my head. The remaining part. Lived there over six years, the life expectancy of a night crawler. Burrowing through my brain. I could feel it that whole time. Tunnelling and exploring. And then it just stopped.

I was seven when the first worm slithered its way inside my ear. I was caressed by the grass as I relaxed on my side in the front yard, listening for sounds deep within Earth. I felt a slight tremor, which tickled more than startled, as something seemed to move from the dirt beneath the grass into my ear. It was pleasant enough that I did not move. But whatever it was continued its journey into my ear, and then actually dangled from the depths, free from the confines of the soil. The pleasant feeling quickly turned to a sharp pain and I jumped from the ground and ran screaming around the yard. I could feel the thing penetrating, wriggling deeper into my ear canal.

My father ran out of the house, grabbed me by the shoulders, and looked me over to assess the damage. He asked me how in God’s name I managed to get a worm in my ear and I started crying. He told me to hold still as he grasped the worm between two fingers and gently pulled. The worm stretched taut and I was afraid half the worm would remain in my ear forever, left to burrow into my brain, causing lifelong damage. But it finally released its grip and popped out like the cork released from my old popgun. My father held the worm up in front of my face and I vomited.

I slept fitfully that night, staying on my back for fear of putting my ear against the pillow. I knew there was no way a worm would rise up out of my own bed, but I wasn’t going to take any chances. I dreamed of an attack, where millions of worms devoured people and left their droppings to fertilize a new city. I woke up covered in sweat and short of breath, sure I could see giant worms crawling on my bed, laughing hideous microscopic laughs, seeking out my ears. I covered them with my hands and spent most of the night staring at the ceiling. By early morning, I started worrying about worms entering my nostrils and my mouth. Lacking enough hands to cover all my holes, I got up for breakfast while it was still dark.

I told my friends about the worm incident. No one believed me. How could a worm reach up from the ground and get into a person’s ear? Just not possible. Even though I swore it was true and promised that my dad saw it and actually pulled the worm out, they ridiculed me and called me a liar. My teacher, who gently patted my hand and told me she was glad I was okay, seemed skeptical. But I persisted, because the lingering, disturbing sensation of a slim, slimy object entering my ear would not leave me.

The nightmares and worries faded, but my fear of the grass and what lies below it did not. I saw the realm beneath the grass as the representation of the hell we learned about in Sunday school. I could never linger in the grass. When my family picnicked, I sat in the car and ate my food and read. I didn’t play in our yard, for fear of the pervasive creatures capable of invading bodies.

Eight years later, when the second worm slithered its way inside my ear, I was with my first girlfriend, Anne. Her allure clouded my young, hormone-addled mind, and as I lay in the wild grass and dandelions, I forgot the frightful childhood memory of what had happened the last time I put my ear against the ground. I was holding Anne’s hands, our knees touching, and staring into her eyes. I was experiencing a lot of new feelings and did not perceive the slight tickle in my ear as different from the tingling going on in other body parts.

By the time the worm had achieved a one-inch entry into my ear, I knew it wasn’t love or desire I was feeling. Once again, I screamed, jumped up, and ran around the field. Anne watched me, and when I approached her in tears, she stared aghast at a four-inch piece of worm sticking out of my ear. I could feel it inching deeper inside of me. I squeezed Anne’s hands and begged her to do something.

But Anne was not as adept as my father was. She hesitated and actually took a step back. I fell on my knees and beseeched her to pull out the worm. I watched her hesitantly reach for it, and saw the look of disgust on her face as her hand neared it, just before she turned and ran.

I closed my eyes and felt for the worm sticking out of my ear. I felt its coldness before I touched its wet, messy body. I grasped it and slowly pulled, once again fearing that half of it would remain in my ear. Just as it had when I was seven, the worm stretched taut and I gritted my teeth, waiting for the pop.

But there was no pop. No release of pressure in my ear. No dangling worm.

I held in front of me half a worm. I quickly stuck a finger in my ear and searched for the missing half. I felt nothing, but the sense of an invader still in my skull. I could feel the incessant wriggling. The half-worm was burrowing into my ear.

I ran home and my mom immediately took me to the emergency room, frantically speeding through red lights and stop signs, ignoring the irritated blare of other drivers’ horns. A nurse took me to a bed right away and a doctor was attending to me shortly. I explained what happened, but in spite of his powerful little light and nifty tweezers, he was unable to find any worm half.

With a cynical chuckle, he explained that a worm would have to get past the middle ear, move into the Eustachian tube, and then the nasopharynx, before it had any possibility of reaching the brain, which was just short of impossible. He claimed he had never seen an earthworm enter a human ear, let alone travel past the middle ear. He saw no need for further tests.

In spite of his assurances of the half-worm’s poor chances and my mom’s subsequent relief, I could still feel it moving deeper into my head. The doctor suggested that I was experiencing a psychosomatic reaction to a traumatic event and prescribed Xanax to calm me down and help me sleep. All would be better in the morning.

But it wasn’t better. I woke with a scream, forced awake by a constant vibration behind my nose. The worm was alive and moving in my nasal cavity, right at the top of my throat. I violently blew my nose over the side of the bed, trying to extract the creature. Nothing but a bit of snot blew to the ground. The internal rumbling continued. My mom suggested I take some more Xanax, but I refused because I knew it was not just nerves. The worm was active in my head and moving upward. Regardless of my pleas for help, my mom trusted the doctor’s diagnosis. She did her best to push the drugs and calm me down.

Once again, people did not believe that an actual earthworm lived inside me. They automatically thought of tapeworms, those parasitic, fettuccine-like fiends associated more with the intestines than the brain. I assured them that it was, indeed, an earthworm, but they just laughed at me. I’m sure people called me crazy. Like the crazy man I knew as a kid who always told me at the bus stop that he had a plate in his head protecting his brain from extra- terrestrial radiation. I didn’t believe him. Why would anyone believe me?

The worm continued to move. It made its presence known as a light sensation in my skull, as I imagined a breeze might feel blowing over a bird’s feathers. I felt a new freedom in my nasal cavity with a concomitant squeezing in my cranium as the worm moved upward. I could feel my brain contracting, both in size and structure, making room for the worm. Like an untreated wound, the worm festered in my head. If it wasn’t crawling around, it was busy defecating or nibbling away at my brain, digesting microscopic bits of me at a snail-like pace. I imagined it would take decades for it to work its way through my brain, if I survived that long. I worried about what would happen to me as it removed critical neurological matter.

Later, in my high school biology class, my teacher presented a glistening tray of earthworms, ready for us to study and dissect. A feeling of sweet revenge cascaded over me as I thought of the retribution I would exact over my personal invasion. But as the tray was passed around, and finally arrived in my hands, I was revolted by the sight of the wriggling worms and no sense of triumph at their comeuppance. I no longer wanted to touch those worms, let alone dissect them to understand how they operate. They were evil and abhorrent to me, but I lacked the willpower for personal revenge. This disgusted me as much as did the half-worm in my head.

Over the coming months and years, I contemplated seeking alternative diagnoses and help. Maybe a CAT scan or an MRI would reveal something to someone who could operate to remove the invasive creature. Perhaps there was a drug I could take which would eat away at the worm but leave me intact. I never really believed in these possibilities, though, and so I never pursued them. I reluctantly accepted the existence of my uninvited resident and went about my life as best I could, even though thoughts of labyrinthine wormholes in my brain and worm shit scattered throughout my skull left me melancholy and agitated. It became my new normal, part and parcel of perceptible changes in my personality and worldview. I seemed to lose the ability to decipher truth from falsehood, right from wrong, and a deep fog settled over people, obscuring their subtle differences. There were no further physical manifestations of a flesh-eating earthworm in my skull.

The end of my worm is now at hand, or at least its life. Six years is a long time. Although disgusted by it, I grew used to having it inside me: the slow niggling in my brain as it undertook to move, the slight burning as it deposited its waste. My acquiescence to accommodate such a hideous creature is abominable. What I could have done differently is still unclear to me, but I feel less of a person for having habituated the worm’s activity. As it decays, my body might expel its remains. But I fear its carcass will endure, a slow degradation lasting longer than me.

David H Weinberger is an American author writing in Berlin, Germany. His
stories have appeared in Thrice Fiction, Fredericksburg Literary and Art Review, The Ravens Perch, Gravel, and elsewhere. His website
davidhweinberger.com includes links to his stories published in online journals. He holds a Master’s Degree in Early Childhood Education and taught kindergarten for eight years in Salt Lake City, Utah.

Natasha Hicks has grown to love the scenery that we live in and enjoys capturing those beautiful moments where something looks different and you may never see it look like that again. She is intrigued to share with people the things they see and hope it can bring beauty into their life.