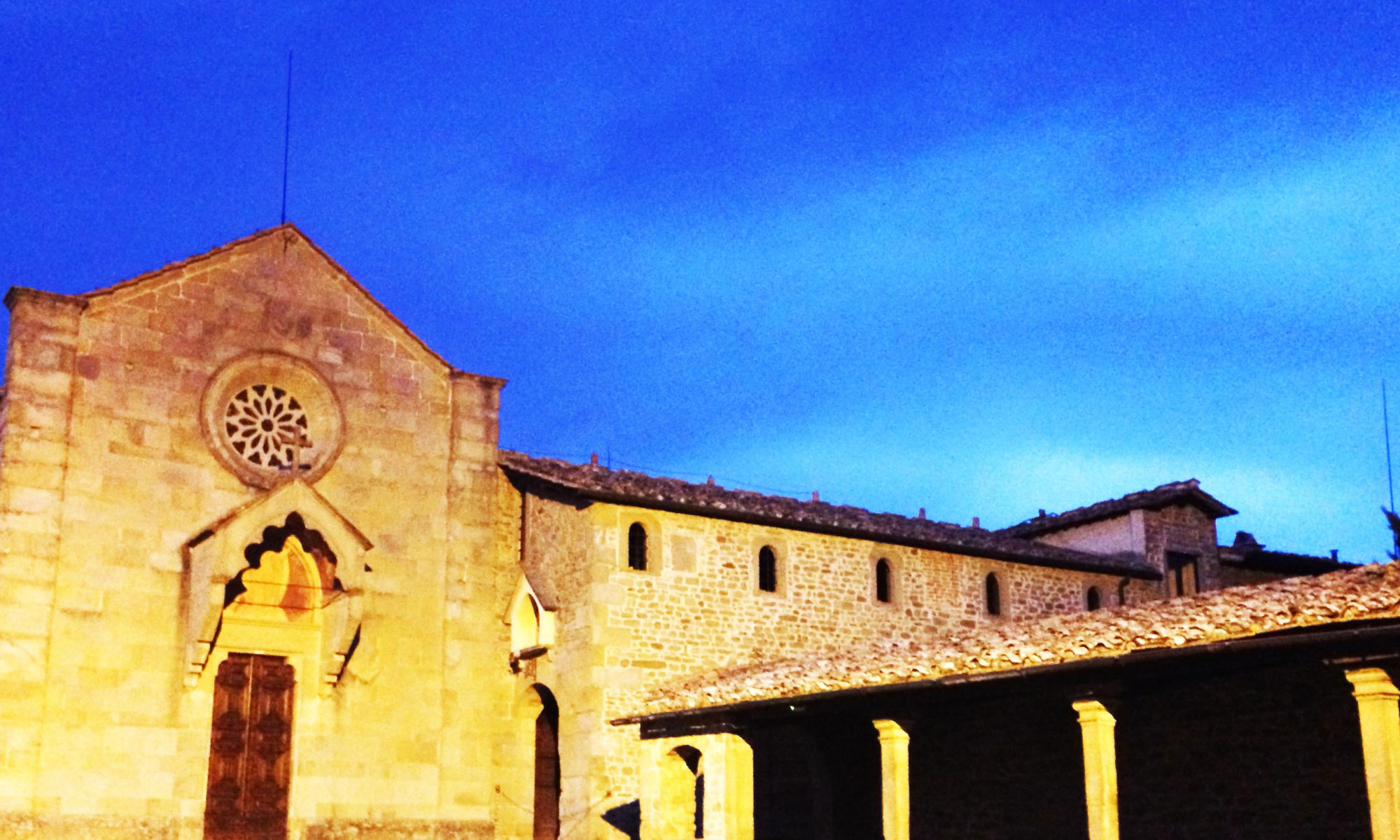 The bells of Škofja Loka wake me again. They lure me out onto the street in Slovenia and to the Sentajakob Catholic Church. I sit in a low wooden pew. The five-hundred-year old church is full of women in Italian dresses, purses clutched in hands each time they stand—my bag is thrown carelessly on the pew behind me. The women seem to be at least thirty years older than I am. I sit up straight, imagine myself as one of them, imagine myself a wife, a woman with precise dark hair and long slim limbs, nails clean and painted red. I imagine that one of the men across the pews will ask me to dinner—a fifty-year-old divorcee with good teeth in a white linen shirt.  We will laugh and he will open the car door for me. I will marry him by week’s end. I will be a wife again. I will have a well-ordered life. Everything will be perfectly clear, precisely defined. The service starts and I stand up with the other women.

Jay and I used to go to the Episcopal Church in Hanover , New Hampshire, together, so I am able to follow the cadence of the Slovenian mass, though not its language. I can even identify the Lord’s Prayer, the deep Slavic sound lulling. I’ve become a mutinous insurgent, a plucked daisy, transferring my love for Krishna, the revered saint of my Eastern religion upbringing, to Jesus. It had all seemed the same to me when I was younger, to love God in whatever form was before me. Sitting cross-legged at my ashram, as I’d grown up doing, chanting in Sanskrit, had felt the same as sitting with Jay Sunday after Sunday, holding hands under the cross.

But the icons at the Sentajakob Church just stare down at me, indifferent. The stone walls, cold. I’ve been taken in. I’ve been duped. This is a place to offer your faith?  Faith in what?  Clinging, desperate for a miracle to explain the cruelty, the suffering of life. I explored every miracle I could to cure Jay’s cancer. The winter before he died, I called the El Santuario de Chimayo in New Mexico to get a bit of earth consecrated by God—by Christ they said—known to heal wounds large and small. This miracle came in a little plastic baggie. I put it on his legs, which hardly held him up, and his swollen belly. Within weeks, he could walk again, the malignant fluid in his stomach gone. Everyone said it was the chemotherapy and, maybe it was, but I was sure it was Christ.

A month later, a month before Jay died, his birthday fell on the Saturday after Good Friday, the day before Easter. He was nauseated and couldn’t eat. I watched him being wheeled away from me as I sat in the hospital chair, a familiar place. I used to meditate when I would sit in the hospital.  I would repeat the mantra of my childhood, “Om Namah Shivaya, Om Namah Shivaya.”  But I had stopped. I was too tired. Thoughts came into my head and I forgot them.  That time was like a secret, its alleys turned inward, complex, spiraling, a maze undone. They gave Jay an IV and soon, he had stopped vomiting and could eat a little. I took him home. I lifted each of his legs to get up the three stairs on the deck, helped him get to his metal walker inside the front door, stayed with him on his way to bed. Bed. All the things in life he enjoyed were over.  Wrestling with his boys, playing basketball with my girls, tending the chickens, cooking elaborate dinners, baking bread, and his favorite thing, reading books of poems: Seamus Heaney, Elizabeth Bishop, Auden.

“Baby,” he said to me before the sun rose one morning, with a clarity I had not heard in a while.

“Yes, he sat in that chair there.”

“What was he doing here?”

“I didn’t show up for Gethsemane this year.”  Every Easter season for the past three years, Jay and I had awakened in the middle of the night before Good Friday, driven to church, and sat watching over the “host,” the body of Christ, for a few hours. We would sit in silence, each of us contemplating the meaning of betrayal and death and resurrection into a new life. But this year, we were in the hospital instead.

“I’m sure he knows you’re sick,” I said, though I didn’t know what to say. The books about dying, which I kept hidden under our bed, spoke about people having visions of God or Jesus or angels when they were close to death.

“He was mad because I’m just lying around every day.  But I told him I’m mad at him too.  For all of this.”

I went outside, the deck lifted off the mud-filled land of a Vermont April, the sky bright with moon.  I slammed the farmhouse door and screamed at Jesus, “Stay the fuck out of our house!”

I am waking while dreaming, the incense wafting through the air as I walk toward the Renaissance-era black marble altar for communion. I don’t know what makes me go.  I kneel and open my mouth as I see others do, an archaic means of transfer.  When I return from the bread and wine, I notice the women in my section glaring at me, shaking their heads in metronomic unison. None of them had gone up. Maybe they could see me hating God as I walked down the aisle, the wafer dissolving in my mouth, ready to be pissed out, feeling mocked by the arrogant God I once loved. I want to scream at the women, ask them how they can sit tailored and curtailed, conservatively clutching those ugly leather purses.

I leave the church. I wander faithless, unmade, over Capuchin’s bridge. I wander lost, unearthed, through the square, past the stone fountain, the sound of a drum beating hard, the town coat of arms. I wander ravaged, in the smoldering heat, the taunting rainless vulgar day, severed from the life I had held so tightly to.  I can’t find you.  Where are you?  I notice church after church as I walk through the streets of Škofja Loka.  I can’t make my way out. I can’t breathe.

Kelley McKenna is currently working on a PhD in surrealist poetry at the University of Aberystwyth in Wales. She holds an MA from Dartmouth College in poetry and an MFA in creative nonfiction from Vermont College of Fine Arts. In 2015, she was awarded a Fulbright Artist Grant in creative writing and lived in Ljubljana, Slovenia for nine months. Kelley is co-director at the Central European-American Literary Association, an international organization that holds artist retreats in the Karst region of Slovenia. Visit her at slovenialit. com.