Warning: Use of undefined constant DATABASE_SERVER - assumed 'DATABASE_SERVER' (this will throw an Error in a future version of PHP) in /nfs/c03/h07/mnt/56966/domains/riverriver.org/html/issues/six/wp-config.php on line 32
 Hawk – River River Journal
Skip to content 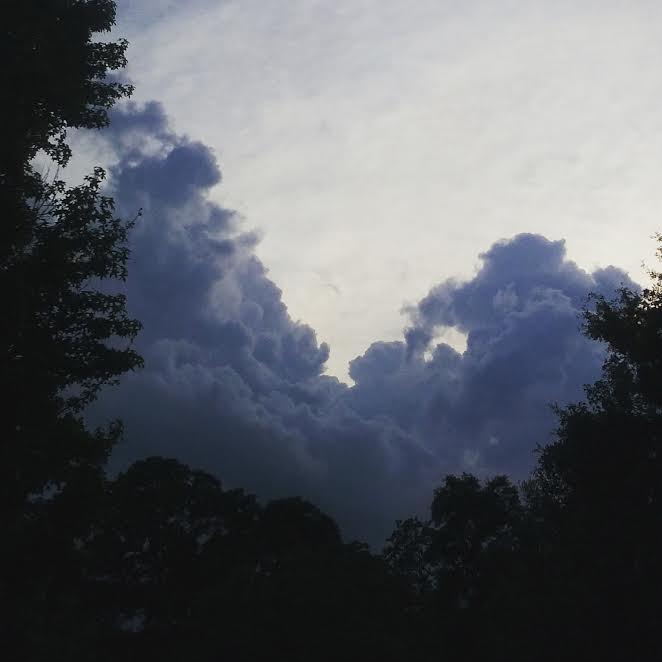 When I asked the old woman to turn me into a hawk, she said it would take three to five days. The range surprised me. I didn’t realize that my metamorphosis would have roughly the same duration as UPS ground shipping. I wasn’t discouraged. Just anxious.

“You’ve decided, definitively, on a hawk?” the woman asked. “You’ve done your research?” She was serious, yet normal-looking. Her eyes were soft, fawn brown. I put her over 75, but she was sharper than I expected. Not that I have a large body of experience with mystics.

I reassured her of my choice. Before I stood to go, she handed me a dark glass bottle. In return I gave her a thick, unsealed envelope. I caught a glimmer in her eye. I hoped, fleetingly, mindlessly, that maybe I would remember her.

From the other side of the door to her doublewide she wished me good luck.

I drank the liquid on the way home. It didn’t taste bad. If anything, it had the sweet, metallic taste of tonic water. Or licorice.

The next day my eyes were a turbulent, deep orange. They were smaller, too. Hard, bright beads. My insides fluttered. I had the thought to take a photo of myself and post it somewhere it could be seen, but immediately shot the idea down.

I walked into the kitchen slowly and with my eyes closed, so as not to scare Tess, my roommate. She was leaning on the kitchen sink and eating a piece of bacon. Tess was the only person besides the old woman I had told.

When I showed her my eyes she shoved more of the bacon into her mouth and gave me a careful smile. “Looks amazing,” she said.

“Oh, I’ve packed up a few things for you,” Tess said then. “I tied them in an old scarf and thought I could put them in a tree near here in case you’d ever want them…” Her voice trailed off.

I pulled some hamburger meat from the fridge, but decided I wasn’t hungry. Tess lingered in the kitchen.

“So, like. Do you… think you’re going to track him?” her voice reaching for a casual tone. I felt the question scurry across the room and into a corner with a shudder.

“I am going to have to kill things, you know. That’s how animals survive.”

She began cleaning a frying pan in the sink. Through the kitchen window, something caught my eye. It was a large magpie sitting on the eave of a nearby house. Looking at it, I could suddenly tell whether it was male or female.

The following morning my body had become patterned like a hawk. Naked in front of the mirror, I couldn’t take my eyes away. The lines and streaks made an inscrutable topographic map. I avoided Tess, though I sensed her avoiding me too. I climbed up on the roof. I didn’t want to eat, but I felt a hunger building.

In the days after making my decision, I had listened to the hawk’s call on Wikipedia obsessively. Hawks don’t shriek the way eagles do. The female hawks use a choppy kek, kek, kek, to express alarm or intent toward approaching intruders. “Females often withdraw into the treetops when fatigued, and their calls are then spaced at longer intervals.”

From the roof, I looked for something that might alarm me. After a while, a white truck approached the house. The mailman.

I opened my mouth and filled my lungs with air, but all that came out was a sharp cough. Tess came out to retrieve the mail. She caught sight of me from the mailbox. I expected her to ask where to forward my mail, but she hurried back inside.

When I wake the next morning, it’s the day. I feel it everywhere. My heartbeat races. My arms are broader and my fingers have disappeared. I’m lighter, much lighter, and yet the sunlight, the colors of my bedroom flash with heavy wildness. I try to call out to Tess, just to test my voice. Nothing but a very effortful hek.

As I go to leave my bedroom things happen very fast. My legs, suddenly as sturdy as thistle, buckle under me. My human weight and a new, hollow lightness shudder and creak under one another.

Hek. I call out, meaning to call for Tess.

I make it to the top of the stairs before I tumble, frantic, flapping. Grasping for balance and my last shards of human time. I feel the fear giving way to something. An alertness, a mixture of anxiety and fight like I’ve never known. Thudding down steps, I try to remember the important bits. The decision bits. Before that. I fumble for the last of my human memory. The inside of the black car, the brush and then the scrape of dirty fingernails. Sweat. The brown eyes of the old woman. The eyes turn into a small animal and I bristle.

A bird now, I try to feel for my talons, listen for them scraping the walls and carpet, but all I hear is a series of soft thuds and the rush of Tess prying open every window in the house. 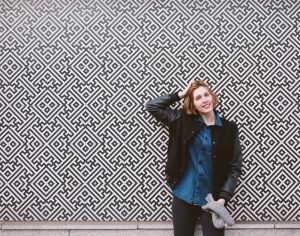 Charlotte Hammond is a writer living and working in New Jersey. Her work has appeared in Gone Lawn and the Capra Review.

Jess Mize is a blonde-haired surfer girl from South Carolina.