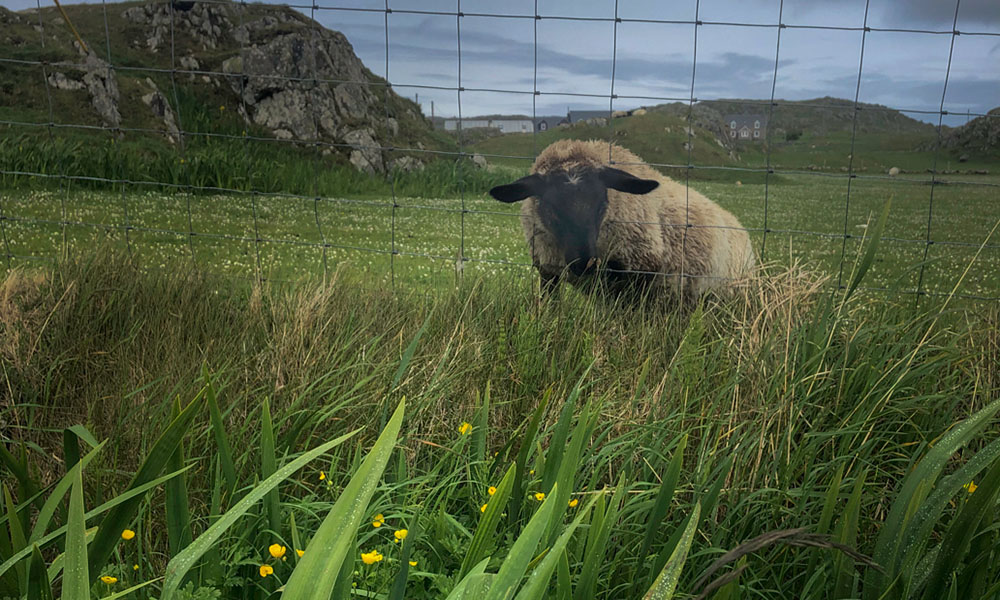 MICHAEL CARNEY is the name on the lobby card .

The wake is in a large room with gray carpet and foldout chairs set in a semi-circle.

There are flowers everywhere. Wreaths of yellow and orange mums, vases filled with white roses and coral gladioli. There are carnations in colors you might see in a box of crayons. The scent of the flowers is overpowering and makes me dizzy. Each arrangement has a card with the name of the person who sent them. There is a floral blanket of red and white roses over the closed part of the coffin. The room is crowded with grown-ups who have come to pay their respects.

I walk over to the grieving family and extend my hand.

“I’m sorry for your loss. He was such a nice man.”

Before the family has a chance to respond, I approach the coffin, and kneel before the open casket. Tufted white satin surrounds an overly-made up man about fifty years old. His forehead has permanent frown lines, and his mouth is crooked. No laugh lines. I think that when he was alive, he didn’t smile much. He looks mean, meaner than my Uncle Joe.

Funeral homes like to fix up the corpse. He should look better dead than when he was alive; after all, it’s the last time anyone will ever see him.

Mr. Carney is wearing lipstick and rouge and looks like he is going onstage. He is dressed in a brown suit and a white shirt and a tie with small workman tools that appear to float over the yellow surface. It makes me think that when he was alive, he was a carpenter or a plumber. His hair has been neatly combed and touched up with some type of brown dye in an effort to make him look younger . . . as if it mattered, now that he’s dead. His hands are folded and hold black rosary beads.

Death smells like carnations and formaldehyde . . . the embalming fluid that morticians put in the body after they drain out the blood. I guess they have to put something in the body, or it would deflate like a balloon with a hole in it.

Friends and family remark on how good he looks.

“They did a really good job of fixing him up. “

I don’t know Mr. Carney. He is a total stranger.

The only reason I’m here is for the holy pictures.

I shouldn’t have said, “What a nice person he was.” For all I know, he could have been a murderer or worse. But grown-ups say things like that. I was with my parents at Uncle Joe’s wake. He was the meanest person I ever met. When he died, I thought my Aunt Anne would throw a party with balloons and streamers. She could barely contain her joy. Everyone who knew him hated him. But when they spoke to the family or to each other, or to Aunt Anne, they said how sorry they were for her loss.

The white lies were all aglow, blinding the truth, in the name of kindness.

I bless myself and walk to the rear of the room. There are lots of people, so when I go to sign the book, no one notices me. I don’t sign the book. But I do take the holy picture cards. They are all different, and in color. I take five of them. I would take more, but there are people behind me. I put them in my pocket and walk out the front door, looking straight ahead, terrified that someone will stop me. Once outside, I run down Church Avenue and keep running until I am home. My heart is pounding, I am terrified and exhilarated. It was thrilling.

It wasn’t exactly stealing. I paid my respects to the family and knelt down in front of the coffin and said a prayer for Mr. Carney. The holy cards were there for the taking. I might have taken more than other people. But I’m no thief.

I come from a family where money is in short supply. My father is a drinker, and my mother never has any money. He usually gets the welfare check and drinks up most of it. Holy pictures don’t cost that much, but they are not in our budget. Even the money I make running errands for the older tenants in our apartment building I give to my Mother. There is no leftover money for anything.

At school, recess is prime trading time. I sit on a bench and pretend to read a book. Pretend that I‘m not interested. But I want to be part of the trading frenzy. I want to have holy picture cards.

Mary Walsh shouts out, “I’ll give you two Blessed Mothers for one Infant of Prague.”

Carol Donnarumma holds up her card and yells out, “I do, I do!”

Sister Marie Claire rings the bell to let us know recess is over. The cards disappear, and we return to our desks.

The routine is always the same, but then one day as I am leaving, I am stopped by the owner.

“I have seen you here at least five times in the last three weeks. I recognize your school uniform. My daughter went to Holy Cross. There are a lot of people you know that have died . . . you are what I would call a frequent mourner.”

He has a knowing look on his face. I am scared and ashamed.

He asks me, “Is this a school project? Is it something those overly-zealous nuns dreamed up for extra credit? It wouldn’t surprise me.”

I am silent. I don’t know what to say to him. He keeps on talking.

“What are the odds of you knowing so many dead people? You must have better things to do than visit a funeral home.”

I start to cry and tell him the whole awful truth about why I’m a regular at Carter’s Funeral Home.

He looks at me, wide-eyed with disbelief. “How old are you?”

“I’ll say this about you; you’re one very resourceful young lady.”

“I don’t know what that means.”

I sit outside his office and pray he doesn’t call the police or worse, call the school.

He comes out of his office, and hands me a brown manila envelope. “Go home and don’t open this envelope until you are alone. I don’t want to see you here again. Is that understood?”

That night, I open the envelope, thinking that it’s a copy of a letter he has written to my school that he’s keeping in his desk, in case I return to the funeral home again.

Inside, wrapped in tissue paper, are fifteen holy picture cards in color—all different, with no name on the back, along with a hand-written note that says, I know how difficult it was for you to be honest with me. But it is the best way to clear your mind and ease your heart. Your resourcefulness is a great gift, use it wisely.

I read Mr. Carter’s letter again and look up the word resourceful in my dictionary.

I don’t think I’m any of these words. I don’t feel clever or creative. Most of the time, the only thing I feel is scared.

Being poor is hard work. I need to think of ways to get what I want without money. Mr. Carter understands that. Maybe he grew up poor. Maybe he’s resourceful.

I begin to understand that the holy pictures were meant to heal the heart, not as something to be traded away in some stupid game that doesn’t matter anyway. I am ashamed of trading them.

I keep the cards along with Mr. Carter’s letter in my treasure box. I read his letter when I am sad. It always makes me feel good. It gives me confidence.

I stop trading holy picture cards. It wasn’t that much fun anyway.

At recess, I’m happy to sit by myself and read.

Let the girls in the class say what they want about me. I’m resourceful. 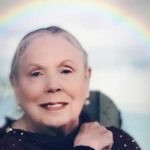 Phyllis Reilly
returned to writing recently after ten-year hiatus. She started the Croton Writers’ Group and has been writing her memoirs as well as creative non-fiction, short stories and flash fiction. At 77 years old she feels fortunate to have her work published in a variety of literary magazines including Brevity Magazine, Flash Fiction Magazine, Pif Journal, Citron Review, Prometheus Dreaming, and others. She lives along the Croton River in Croton on Hudson with her husband and cat Zoey. “In spite of this insane world,” she says, “life is good.”