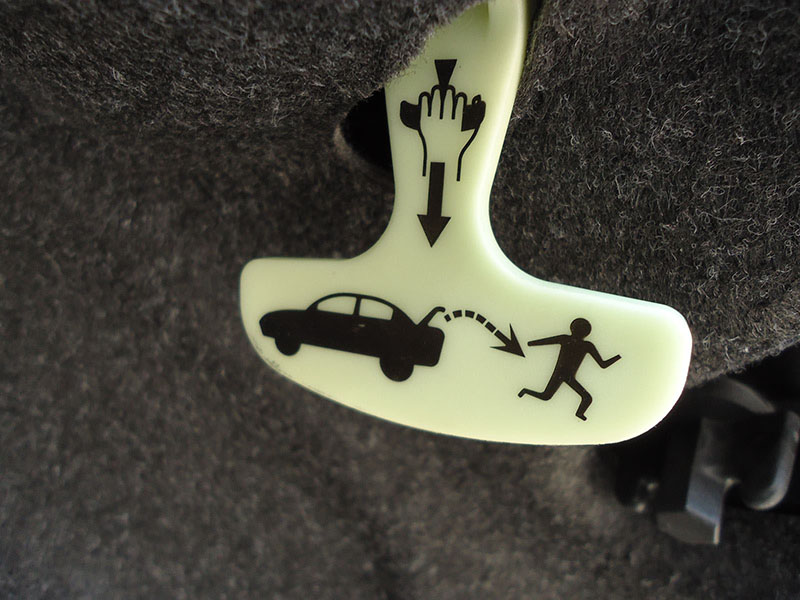 I had a distant grandaunt who immigrated to the States after the War.

Back in the old country, she’d married an American GI. Promising her the glories and hope that only America could offer, he brought her by steamship to a place he promised would be as beautiful as anything she’d seen in the movies back in Italy: a place called Staten Island. Seeing the opportunity, she learned spaghetti English and changed her name to Josephine. She then opened, in their house on the west side of the island’s famous sprawling garbage dump, an illegal nursing home.

As far as anybody could tell, Josephine had no license and no morals, but did charge the lowest rates around to families with aging relatives they desperately wished to discard. The place always smelled stale, like old pastries, and the area for the invalids—who were bathed irregularly and moaned like mourning doves at all hours—was despicably filthy.

She made a fortune.

We’d go to visit her periodically, once or twice a year, and her son, a forty year old man everybody called Baby Albert, would come out and spend the day with us, too. Baby Albert was, simply put, a pervert, and the NYPD kept him on their catch and release program: a few times a year he’d do something untoward to somebody unfamiliar, and they’d throw him in the city pokey overnight to cool down. They’d plant him into a large cell with a litany of New York’s other sexual undesirables, and after a night in a room full of buttrubbers, chestgrabbers, musclestrokers and trenchcoat men, he’d be sent back to his room at his mother’s nursing home. Eventually, his mother and the invalids alike wanted to get him out from underfoot and she rewarded him with his own house up the street, a brand new construction that was roughly the size of the Taj Mahal, with a television in every single room and stacks of porn magazines next to the toilet.

Josephine had converted her basement into a small two room apartment—a kitchen and a bedroom adjoining it—which she rented to a single mother and her twelve-year-old daughter, Elena. After I got visibly bored sitting in her parlor, Josephine sent me down to mingle with her basement tenants. Baby Albert escorted me down the stairs, handing me a ripe banana, which I presume he intended for me to use as a peace offering. He left me at the basement door, to spend the afternoon with two people I had never seen before in my life.

They welcomed me in, visibly confused why there was some pasty little kid with a banana who’d just been dropped on them from the heavens, but we sat down and made chit chat until the mother sent Elena and me outside, banana-less, assuming we’d form the sort of easy friendship that children always seem to, based solely on having been born at roughly the same time in world history.

I am one of the exceptionally few men in this world that’s only attracted to women, but certainly wasn’t at that age, and wouldn’t be for years. At eleven, I was a scrawny little kid who mostly wore sweatpants and velcro shoes, and spent my time practicing for spelling bees and reading the encyclopedia. Human development being what it is, I was absolutely dwarfed by Elena, already a small woman even though just a year older than me, with a nest of curly black hair and painted head to toe in a black spandex leotard to match. Anybody looking at us would have immediately wondered how the two of us could possibly be of the same interests, or perhaps even the same species.

“So I have to ask—why are you wearing a leotard?”

“I love spandex,” she told me. “All my clothes are spandex. Everything. Do you wanna see?”

I nodded, and she escorted me back into the basement, and then into the bedroom she shared with her mother, to a small wooden dresser that she opened to show a dozen different outfits, all of them tight-fitting spandex leotards.

I shuffled around in my velcro shoes, somehow feeling myself fit to make fashion judgements. “And that’s all you wear?”

I was terrified and couldn’t stop thinking about how I, just a boy with a banana, had ended up in this terrible predicament.

I told her I didn’t like girls, and she said, “That’s okay. You will after we start kissing.”

I was saved by a knock at the door—Elena’s mother had turned up, with Baby Albert in tow; Albert told me we were all going to pile into a station wagon and go for a drive out to see some other relatives. Elena begged to come, too, and before I could raise my voice to object, her mother had agreed and Baby Albert had started up the stairs to go get her a banana for the trip.

We rode to New Jersey in the trunk, as Elena explained to me the virtues of kissing, how I should begin kissing immediately, and how ideally the person I should begin kissing immediately should be her. I am certain that young Elena’s crush was fueled only by one truth: nothing tastes sweeter than forbidden fruit. I might loathe chocolate, sure, but I would survey to the earth’s corners on my elbows for a Hershey Bar if told I couldn’t have one. So goes it, too, for young Elena and the New York State spelling bee champ with coke bottle eyeglasses.

We arrived at the house in New Jersey, and the whole way out she told me every fact about spandex a man could ever want to know; she’d trained through elementary school to be a dancer, and told me about the different kinds, different colors, different dances she could do, before pushing me up against a tree and missing my face after I dodged out of the way.

The whole afternoon became a comedy of attempted kissing, as she tried again and again, me dodging and weaving, bobbing and running away, like Elmer Fudd protesting Bugs Bunny’s romance. As she cornered me in an upstairs bedroom of the house, I picked up a plastic toy drum and put it between our faces, which she grabbed and threw to the ground before pressing her lips firmly against mine.

The next day was the first day of school. I told every boy in the class. I told them that day and the next, and the day after that. I told them one by one and told them together, told them again and again until the tale changed in the telling, until I could not tell what of it was real and what, like all the best things and worst things in our lives, never even happened.

I do not know if Elena has now or ever owned a last name, or if she, like pop starlets and queens of England, is satisfied making do with just one. I cannot remember what Elena sounded like, or what she looked like. All I can remember is the trunk of that car, and a dresser full of spandex.

Down the street from my home is an industrial neighborhood full of mismatched businesses, largely wholesale. Across the street from the U-Haul truck rental, and next to the laser tag warehouse, is a corner business with a red awning that I pass almost every day: it’s called Spandex World.

At night, you can buy love in front of it by the hour, but during the day Spandex World is a mecca for the gray, charmless background elements that make much of New York’s spectacular spectacular so . . . well, spectacular. They make and provide clothing for thousands of ballet dancers, gymnasts, strippers, burlesque beauties, circus performers and Broadway stars, keeping everything opalescent and firmly in place up and down the Great White Way.

I pass it most every day.

I’m always tempted to stop in. I don’t know that there’s much I’d want to purchase, inside or out. But it would be interesting, I think, to take a peek inside New York’s old dresser, to walk past the mannequins, to touch them and know, for the second time in my life, what it feels like to lightly and happily run my fingers up the side of a Spandex-draped leg.