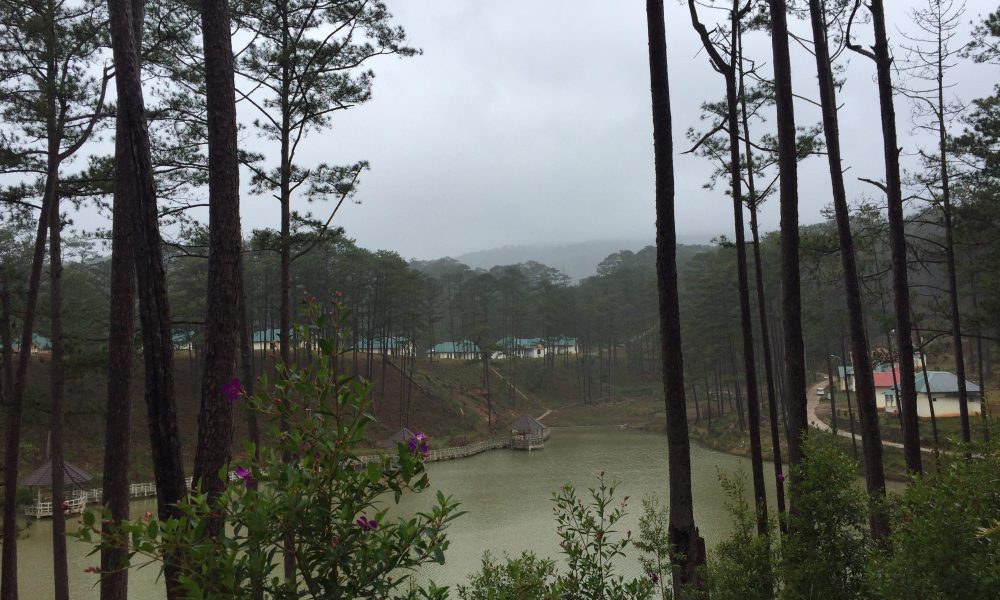 Say it with me. Bidoup Nui Ba. Bee-dooop nwee baah. It’s kind of like a background vocal for a Frankie Valli song, except instead of shiny cars with big fins cruising the Jersey Shore, think ancient forests as far as the eye can see—and perhaps they are enchanted. The forests of Bidoup Nui Ba in Vietnam’s central highlands shelter 10 out of the 11 most endangered pine species, despite historic ravages of the surrounding country (with which Americans should be familiar). While their sister mangroves along the coasts and river deltas to the south were being blanketed by the shame and violence of napalm bombs, and remain only infant versions today of what they once were, the forests of Bidoup Nui Ba, along with all the living things they shelter, survived untouched. Dr. Brendan M. Buckley, a research professor at Lamont-Doherty Earth Observatory at Columbia University, along with other scientists researching climate and the environment, played a part in establishing Bidoup Nui Ba National Park near Dalat (or Da Lat), Vietnam. He studies trees, specifically “dendrochronology in the Asian tropics, particularly mainland Southeast Asia.” One of his findings: periods of decadal (as in roughly ten-year periods) drought during the past five centuries often coincided with societal turmoil. This is not to say that war, for instance, causes drought; rather, that human crises are intimately tied up with environmental crises. The research traces this trend all the way back to the collapse of Angkor Wat, 750 or so years ago.

Dr. Buckley began coming to write! with River River Writers’ Circle about two years ago. He became Brendan. He wrote about trees and other important things in his life (trees do come up a lot), and he talked about how he wished he could bring write! to Bidoup Nui Ba, so that he and his colleagues could converse with the world in a new way about the National Park and its fantastic environmental story, and invite new questions and ideas about what such a story means to the rest of the world. As a result, we formed this retreat opportunity. The short version is: Bidoup Nui Ba wants to house and feed writers, just for the chance to let the forest tell its stories! And its poetry; and its fantasies. All you have to bring is your work. Or your play. Or just your sense of play. If you have a project, any project or even just the idea for a project, that would benefit from 10 days of focused immersion; if you feel inspired and refreshed at the very idea of sleeping and eating in a tidy bungalow at the heart of an enchanted forest; if you live somewhere icy and want to skip the first 2 weeks of January; if you are surprised and delighted that by just doing what you do, you might contribute to a story both older than history and never before told; write! in Vietnam is an adventure you should not miss. Register here by September 1. Get in touch with questions.

A Fun Photo to Reassure You – Vietnam Welcomes Americans

If the problem of traveling to Asia, and Vietnam in particular, seems insurmountable, explore the idea beginning with this blog post from Intrepid Travel. You might fall in love, you never know. (Brendan did.) Even if you don’t make it this year, think about it for next year!