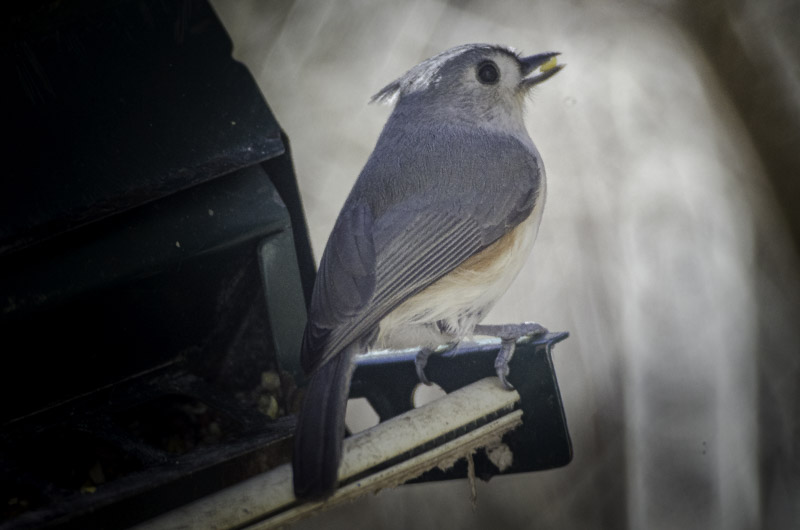 Marjorie was agoraphobic, which stymied her profound talents as a theater actress, and disallowed her from participating in high-profile films, popular television, or signing up for any role that required her to be on a public street, in a crowded store, or any city park with a frisbee-laden populace. Her fears of groups of people originally relegated her to occasional small commercials or scenes in cars, provided they drove on distant country roads. If the road was too open, however, there were fears there as well: Tornadoes could rip through at any moment. Or a herd of bison. Or a suffocating fog. Before long even her on-site therapist and anti-anxiety medications were rejected in favor of working on voice-overs in the small studio she built in her closet.

As such, Marjorie also discarded any practical thoughts of becoming famous. She abandoned all childhood hopes of preparing for red carpets, interviewing on both the morning and late shows, or getting recognized by adoring fans while lunching with producers and co-stars in popular restaurants. Marjorie was a gifted actress who relented to her phobia despite professional help, cajoling friends and pleading family. She stayed in her spacious apartment which rested one story above the treetops and provided an unobstructed horizontal view of pure serenity, and lack of population.

But where to put her talents? Can a writer write without words? Can an artist paint without a brush? Is a pianist a pianist if the world is devoid of pianos? Acting required an audience, but more than six people in her apartment for a dinner party caused her skin to contract, her heart to thump, and the hairs on her neck to rise, preparing for an imminent electrocution.

The answer was obvious: she had a husband.

For twenty five years, Marjorie performed for Sebastian, an accountant by day and audience-of-one at night. After their early coffee, some banter about the news, something with carbs for him and fruit for her, they kissed and parted ways. His commute was brief and before she had time to worry he would text his safe arrival and proceed to spend the day with his clients and numbers. That’s when she got to work, preparing for the show. The rest of the morning she learned her lines and blocked her scenes, channeling her alter-ego as Director. Typically she performed monologues, but occasionally she would call upon a friend to join her for the day, under the ruse she was preparing for an audition. Lunch was harried or even skipped — there was never enough time to sort through her closet for the proper wardrobe, consider the makeup and hair requirements, or procure her requisite props. Still, this wasn’t a children’s skit or a high-school drama club, it was serious work. In the late afternoon she showered. As water slid off her attractive frame she shed her own persona and became the character, emerging in the steamy room as the subject of her day’s exploration. Shortly thereafter Sebastian returned to his familiar home to find his wife was replaced by a stranger with something to say.

He kept his necktie on and found his usual seat, which, by design, was a little too narrow and had a folding bottom. She adjusted the lights, and then emerged. He clapped. She performed. He laughed, or cried, depending on the intention, as he was typically, quite genuinely moved. Following the bow and the standing ovation, if it was earned, any participating friends were thanked profusely and then asked to leave. The lights resumed their normalcy, Sebastian found his comfortable clothes, and Marjorie shed her costume. Then they made dinner together and talked about the show he felt deeply privileged to see.

Sebastian was lucky. He was an introverted child, a peripheral teen, and a sidelined adult who did his work well, but was happy to go unnoticed. He was only social to the point where he could leave a situation politely without the others minding. He wasn’t invested in his friends and he kept ties with family, but not intensely. When he discovered his next-door neighbor was the woman in the dishwasher detergent commercial, he was duly impressed. Before long she had him running her errands to the store, the dry-cleaner, the pharmacy, and he didn’t mind. Her vivacity impressed him, and strangely, didn’t overwhelm him. She appreciated his honesty, his nurturing, and his sublime humor, and he was comfortable sharing his rich, interior life with her alone. After an appropriate courting period, they married and broke through the wall, conjoining their spaces and experience.

For twenty five years this was the routine, no less than four nights a week. Like all stage performers, she occasionally battled laryngitis, felt disconnected to the material, or was uncomfortable with one parameter or another, like the fit of the costume or scratchiness of the wig, the redundant lighting, her incompetant co-stars, or the lack of subtext or nuance in the script. She longed to experience theater in a theater, but she couldn’t comprehend squeezing herself amongst the perfumed throngs with all of their compressed materials jammed into organized rows, precluding any chance for escape should a pyrotechnic go awry, a terrorist extend himself, or someone ten chairs away sneezed in her direction. The thoughts themselves caused a rash on her abdomen and she could only calm herself by returning to her window framing the quiet trees, knowing Sebastian was on his way home for another night of theater.