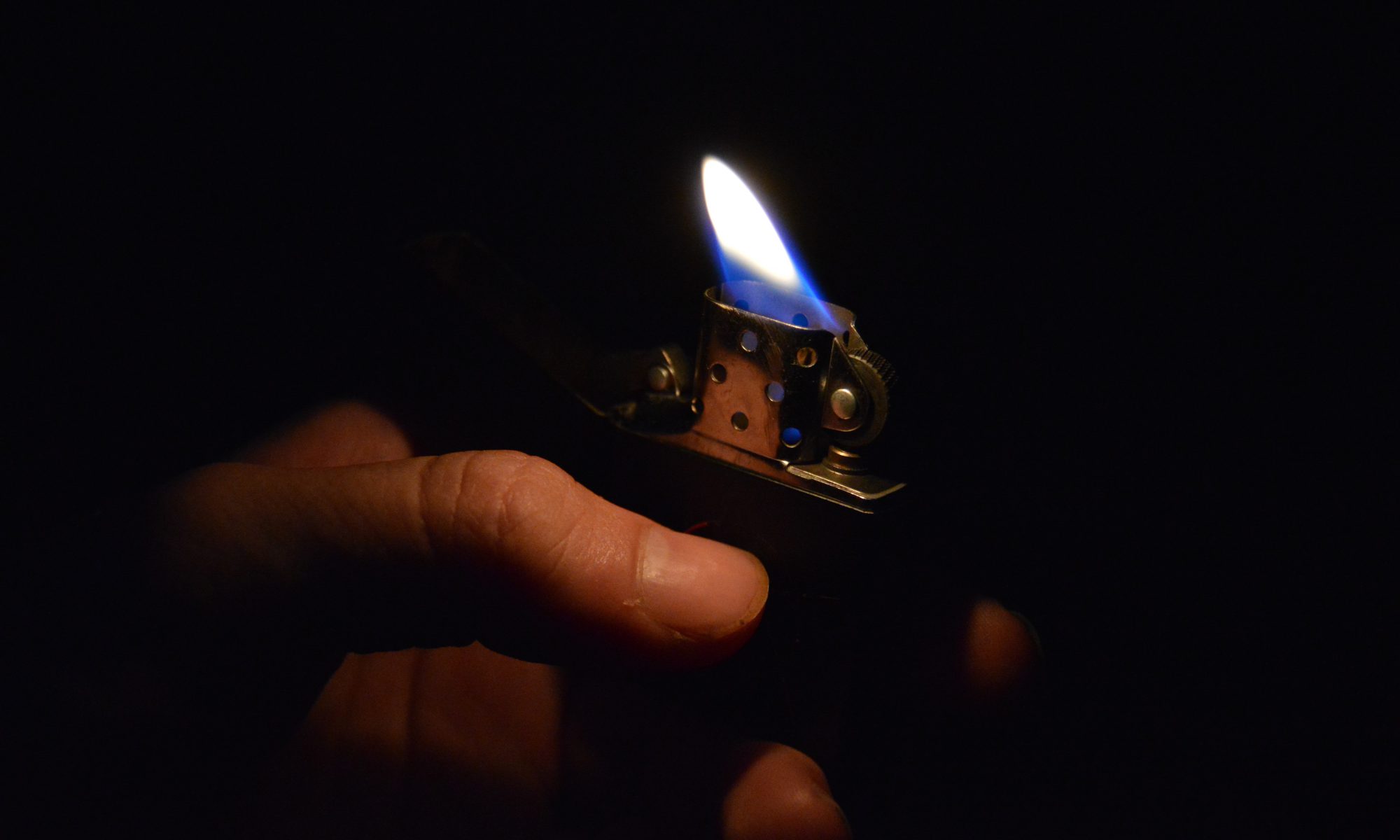 She was actually my Great Aunt, but she insisted that I call her “Dot.”

“What have I done to be called ‘Great?’ I run a sheep farm!” she’d exclaim, wrenching up weeds with vigor and smearing soil across her forehead.

Always chatting loudly, always moving quickly, always guffawing with great booming laughter, that was Dot. She lived in patched overalls and straw hats, wore her farm boots into town and shouted at the radio when she didn’t like the presenter. Rarely was she seen without dirt in the cracks of her hands or grass seeds poking through her socks.

Some thought her ridiculous, but others knew better. She had an infectious optimism that brightened every room she entered; her twinkling eyes dared you to rain on her parade. She’d never felt the need to find a nice husband to help her with the farm, telling anyone who listened that “her two dogs, her chooks and her veggie patch were enough company, thank you very much, and were much easier to look after for that matter!”

Yet at age three I found myself on the farm and in her care, having lost both my parents. Dot was my closest living relative. One of my first memories is of Dot propping me up at her kitchen table, balancing me precariously on a stack of embroidered cushions; what use was a high chair? As expected I toppled to the ground moments later and Dot, mortified, let me eat ice cream for dinner.

People would whisper and shake their heads.

“Aren’t you a bit old to be raising a little girl by yourself, Dot?”

She’d sniff, braiding my hair with one hand and gesticulating wildly with the other.

“I am perfectly capable of looking after Fred, thank you!”

That was her nickname for me. Fred. The grownups weren’t very happy about that either (“What a thing to call such a sweet girl!”)

I kind of liked it.

Through Dot’s mentoring, I learned how to identify different grasses, how to bottle pears and how to climb over a barbed-wire fence without getting cut to ribbons. I was four when she taught me how to light my first campfire. By the feeble glow of an old kerosene lamp we ate damper and marshmallows, spearing them on sticks to roast. Gooey sugar stuck to my fingers and lips. Golden syrup from the damper arched in the wind like fine-spun thread, catching in my hair and eyelashes. The July sky swelled above us; a vast expanse peppered with stars, immeasurable heavens spanning the Earth in every direction.

She chuckled at my wonder.

“How small we are! Right Fred? But we’re still here.”

Lamp. Campfire. Stars. All the dying lights danced in her eyes.

Rain was rare. Rain was special. Rain became an obsession for Dot. She spent whole afternoons squinting at the accumulating clouds on the horizon, willing them to share their bounty.

“Narrabri’s getting some good downpour, see over there Fred? That’ll be here in less than half an hour.” Her weather predictions were legendary and sure enough, half an hour later, the rolling sky would crack wide open. Water would blanket the farm in swirls and torrents, drumming a million heartbeats on the corrugated iron roof. Dot would whoop as the bullets hammered the loose gauze on the windows. Seized with excitement she’d dash out and check the rain gauge every five minutes, not even bothering with her Driza-Bone, returning wetter and wilder each time. This used to make me laugh. “You smell like a wet dog, Dot!” Grinning she would bark and shake her sopping head all over me.

Once, during a particularly bad storm when the power cut out, I sat at the kitchen table doing my homework by the light of the kerosene lamp. Dot boiled milk for hot milo on the gas stove. We dragged our doonas out to the porch and curled up like grubs on the floor, faces pink from our steaming mugs, and we watched the storm descend. Whenever the lightning flashed we’d jump and scream and laugh ‘til we cried, often knocking over the poor, spluttering lamp in our fervor.

“Dot you’re like the thunder because you’re just too darn loud!” I would exclaim after a particularly deafening shriek of delight.

“Who taught you that phrase?!”

“Mrs Simpson. She always says to our class ‘you kids are just too darn loud!’ ”

“You’re like that lightning, Fred. Even though everything’s dark and stormy, the lightning sometimes makes you think it’s sunny again, for a moment.”

I shook my head. Dot didn’t make a lot of sense sometimes.

We stayed on that porch into the night, telling stories and playing Rummy in the semi-darkness.

The storm passed. The stars emerged. We closed our eyes and listened to the kerosene hiss and burn.

One evening, when I was fourteen, I was woken by Dot. She didn’t say much, just that “one of the sheep was having some trouble getting her lamb out and could I please help.” Yawning, I dutifully pulled my gumboots on over my pyjamas. Lighting the kerosene lamp, I followed Dot into the windy night, trying not to trip in the half-light.

The memories of that night often come to me in flashes: Dot’s brow furrowed in concentration, the ewe moaning bitterly on the ground, a hand curled around a slimy lamb, the flickering of the lamp. We left the ewe to her lamb, licking the placenta from her offspring with manic precision.

Afterwards, while scrubbing her nails with a pumice stone, Dot said, “Thanks for holding the lamp for me. That was a big help.”

It took me years to realize that Dot could’ve just sat the lamp on the ground.

At eighteen I left to go to uni in Sydney. “The Big Smoke!” Dot would say to anyone who asked, or anyone who didn’t for that matter. “Why go to some dirty, smoggy city with all the townies when you can get a decent education just over in Armidale?” She was amused at the absurdity of it all. But soon the ute was packed, I’d said goodbye to the dogs and the chooks, and we were legging it down the Kamilaroi Highway. Dot didn’t say much when she left me at my dorm in the care of an overeager Senior Resident who assured me that uni was going to be “awesome as!” She held me for just a second. “Don’t let the city slickers get you down, Fred.’”

Life was turbulent then. Chock-full, jam-packed, going ‘til you thought you couldn’t go anymore. I grew accustomed to the city kids’ constant questions.

“Don’t you get bored living out of town?”

“What do you mean, you have to drive forty-five minutes to get to the nearest Woolworths?”

“Do you have electricity, or do you have to cook over a fire like Bear Grylls?”

Only when we want damper and toasted marshmallows under the stars I thought, but just smiled mostly.

Not too far into my degree I found myself with a boyfriend. He’d grown up his whole life on the sandy North Shore beaches, though I doubted he ever went to the beach much. Thin and just over six foot, he was a pale, indoorsy kind of guy; attractive, but somewhat pallid. Like a rock stuck beneath a waterfall, the years of endless rivers eroding it’s features and blanching it’s colors.

But he was nice. He was uncomplicated. He was safe.

During the winter break, I tentatively brought him home to meet Dot. After a cumbersome six-hour road trip with very little conversation and a lot of time spent stuck behind road trains (my boyfriend was not proficient at overtaking on small country roads), we finally labored up Dot’s dusty driveway, his little Hyundai catching every rock and pothole. He winced with each thump. I clenched my hands. As we arrived, the crisp wintery air bit at my nose and cheeks. I breathed in the familiar smell of wood fire, of baking bread and of damp wool. Grinning, I turned to my boyfriend just as he stepped in a pile of sheep poo.

He was quite pleasant when meeting Dot, asking all the right questions and smiling in the right places. His eyes wandered over her patched jeans, her earthy hands, her gumboots trailing clods of mud across the floorboards. While Dot boiled the kettle and started peeling potatoes for dinner, I watched nervously as he looked over the rusty pots, the grimy photo frames, the stacks of yellowing newspaper by the fire. He examined the shelf near the back door, and as his gaze rested on the old kerosene lamp he snorted loudly.

“What use is that kind of ancient technology nowadays?”

He didn’t stay to see the Spring.

Uni flew by into work, work flew by into more work, and the years kept turning like pages in a book. I had found a job in Sydney working for a big corporation. Nothing especially interesting, just managing accounts, but I was finding it harder to get back to the farm. On the phone Dot sounded cheerful as ever, filling me in on the month’s rainfall, complaining about Barry next door whose sheep kept jumping the fence, telling me about her plans for the veggie patch. But slowly, surely, our calls grew less frequent. Visits were only at Christmas and Easter. Distance was no longer just kilometers of highway.

Life, as it always does, just trundled on.

I am back at the farm for the first time in years. Nothing has changed. I run my hand over Dot’s oily Driza-Bone, over the roughly hewn kitchen table made from an old door, over the flaking paint and mismatched chairs. The house is bursting at the seams, so full of her. Like dust lingering over the road on a still day. It’s unfathomable that she won’t stomp around this house anymore, laughing at the rain and traipsing mud across the floor.

I turn away from the table and my eyes rest on the shelf near the back door. Among the biscuit tins and jam jars and layers of dirt and bugs from countless summers is the old kerosene lamp. Rusted and crusted with grime. Frozen in time.

I lift it down and breathe in the dust and oil. I hug it close.

Ruth Gilmour is an emerging Australian author and playwright from Gunnedah, New South Wales, who studied under the celebrated Australian playwright, Donna Abela. Writing credits for theatre include The Drunk Diaries (Excelsia Theatre) and Cradle Me (Excelsia Theatre). Ruth’s stories have been published in the 2017 Newcastle Short Story Anthology, Stringybark Story’s A Nice Boy and Hunter Writers Centre’s Grieve Volume 5. Her poetry has appeared in the Words of Wyndham Anthology. Ruth is currently writing and performing in shows for Babble Productions, a theatre company run by herself and her husband.

Dylan Scillia is a Senior at Susquehanna University studying Early Childhood Education. While photography is one of Scillia’s passions and they try and indulge in it as often as possible. It is Scillia’s dream to one day teach middle schoolers the basics of photography, to hopefully open their eyes to the artistic possibilities.