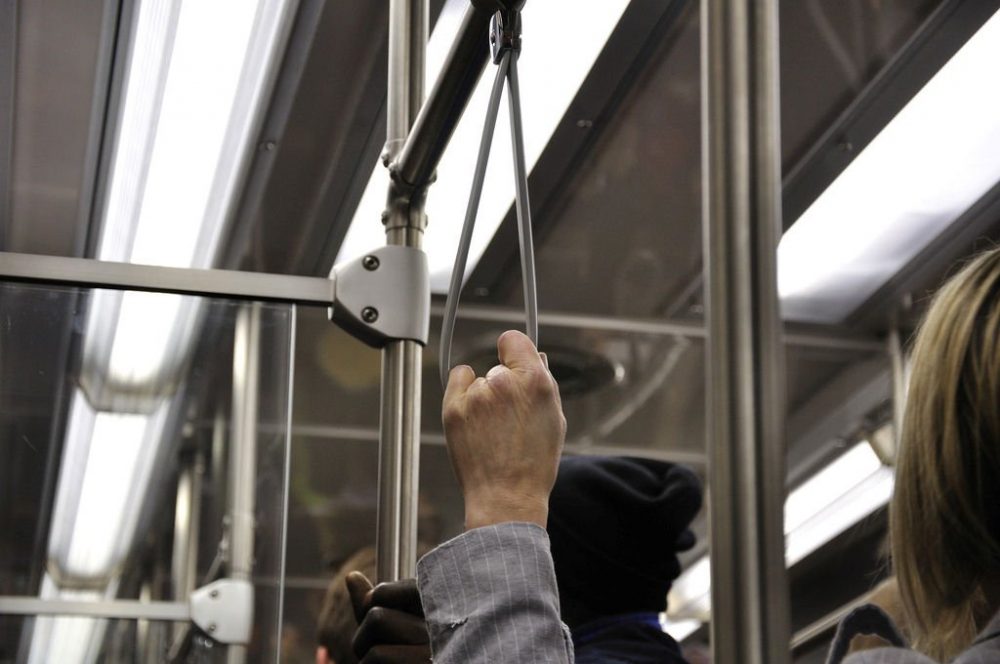 On November 4, 2013, Oakland resident Sasha Fleischman was set on fire by two teens while riding the 57. Then, a high school senior, Fleischman was taking the bus home from school. Two fellow passengers, acting as Good Samaritans, leapt to their feet and rolled Sasha on the ground to extinguish the flames, but the damage was done. Fleischman’s legs received second- and third-degree burns and was treated at the hospital. It was never established why the teens set fire to Sasha, but it could have been a lot worse if it weren’t for the other passengers’ quick actions.

The 57 bus runs from the Eastmont Transit Center in South Oakland northeast through Downtown and into Emeryville via the shopping districts. It passes Mills College, Lake Merritt, Grand Lake Theater, the Harrison Ave. giraffes, Piedmont Ave., the Kaiser hospitals, Clove and Hoof, Homeroom, and intersects Telegraph Ave., ending at Apple and the movie megaplex. They’re some of the oldest buses in the fleet, the 57s. Riding the 57, you wonder if your seat won’t rattle apart before you reach your destination.

About an hour ago, a guy gets on the 57 at Lake and Grand and takes a seat without paying. At the next stop, the driver lets a passenger out, one gets on, and then he kills the engine.

“We’re not going anywhere till you get off,” he says, a big, burly hunk of a black man.

The guy who didn’t pay looks around, surprised. He points at himself.

The driver eyeballs the man in giant, cabin-facing mirror.

The guy who didn’t pay is as white as this page. As white as the busted-nose marble angel patrolling the skies behind me here at the cemetery.

So, the driver throws his hazards on and situates the bus on the side of the road.

“We’re not going anywhere till you get off,” he says.

The bus erupts in protest.

“Get the fuck off the bus,” growls an old Black man sitting across from the perpetrator. “You’re being disrespectful.”

“I’m gonna be late to work!” shouts a young Latina woman seated behind me. “Get the fuck off the bus, nigga!”

“Seriously,” the guy says, “if I were black no one would say anything.”

It’s then I feel it; this slippage in my chest, something dislodging. In the cabin. In me. In everyone aboard the bus. I can feel it diffusing like poison through the air, getting worse with each breath. It’s a feeling like fire, to bury this man where he’s standing.

But when I try to speak I can’t. From where I’m sitting I’m a millimeter tall, so choked by the fear of the anger rising inside me, which I see reflected on the faces of everybody else on this bus.

I pretend I can’t hear, that I’m reading and listening to my music, because if I open my mouth I won’t be able to stop talking until his vocal chords are sliding down my throat, but now the entire bus is yelling, screaming, especially the woman behind me, who’s going to be late for work.

“Then walk!” the Latina woman screams.

“That’s not the point,” he says, “This shouldn’t be an issue. I see people doing it all the time.”

“That doesn’t make it right, sir,” the bus driver says, calmly, knives in each word, “and that doesn’t mean we’re going to put up with your behavior.”

“Yeah,” says the Latina woman, the old Black man, the elderly Black woman who’s been silent the whole time. They say, “Get your white-privileged ass off this fucking bus.”

But the guy says, “Fuck you people. Privileged? Let’s talk about food stamps.”

The elderly Black woman says, “I bet you take it in the ass good, fuck boy.”

The guy laughs. He says, “That’s uncalled for,” blows raspberries, tells everybody how childish they’re acting.

“My dick in your mouth is what’s uncalled for,” the Latina woman shouts. “I’m going to gag you to death if you don’t get—off—this—bus—now!”

“If you don’t get off the bus,” the driver says, “I’ll have to call the sheriff and have them take you off.”

“Fine,” the guy says, “Call them. I’ll be able to explain to them how unfairly I’ve been treated.”

“You have to pay your fare,” the woman behind me yells.

The old man says, “You pay your fare to ride.”

He says, “Well, I’m not leaving until they get here.”

The driver says, “Suit yourself.”

The bus’s radio crackles. The driver puts on the chatter. The chatter subsides. Silence.

I’m so angry I can’t think. I become ashamed. Ashamed that I can’t say anything, and I don’t know why. I just met this guy and I can already say with about every ounce that comprises me that I hate this little shit and hope the cops throw the book at him, but I know that probably won’t happen either, and it makes me even more ashamed. Ashamed to be white. Ashamed to have any European ancestry in my blood.

The banter continues, the guy doesn’t stop. Not even when the back-and-forth lulls. In the silence, he says, “I’ve done nothing wrong,” maybe like a reminder?

The old woman says, “Fucking ruin my day with your attitude.”

“There’s nothing wrong with my attitude,” he says.

The old man chimes in: “There sure is,” and laughs to the guy’s face.

The guy turns back so he can look directly at the old man, leans toward him, and says, “Fuck you.”

Then he turns to the old woman and says, “Fuck you, too.”

“Fuck you,” the old woman says.

“Fuck you!” the woman in the back screams, “This is Oakland. We don’t cater to your white bullshit. Go back to Canada.”

She says, “Pay your fare or get your ass off this bus, bitch!”

Everybody is shaking, breathing hard. You can feel the anger in the air, a violent expulsion, spit forming in the corners of mouths, eyes wide and wild.

Everybody’s but mine. Mine are hidden behind my sunglasses, buried in printed words I can’t even decipher, I’m so delirious with emotion.

Another 57 pulls up right then and the driver tells everyone the bus behind us already knows the deal, and the ride is free.

As for the instigator, the driver tells the young man to stay put, and that the police should be here any minute.

“Fine,” I hear the guy say as I collect my bag to exit one 57 and board another. He remains glued to his seat as I pass by. As I do, I exhale what feels like fifteen billion pounds of pressure from my lungs. I make eye contact with the perpetrator, but our gazes don’t hold long. We both know we’re in the wrong. As the driver tells us there’s “no need to make a scene,” we all know we’re well past that.

Chad W. Lutz is a speedy, non-binary writer born in Akron, Ohio, in 1986 and raised in the neighboring suburb of Stow. They graduated from Kent State University with their BA in English in 2008 and from Mills College in Oakland, California, with their MFA in Creative Writing in 2018. Their first book, For the Time Being, is currently available through J. New Books.