My husband takes a turn in the kitchen from time to time, but I am usually the one who fixes dinner in my house. The meals tend to revolve around roast chicken or meatloaf, that sort of thing, and generally include either potatoes, some sort of noodles, or rice. I have my own practiced ways of fixing each.

If rice is on the menu, I get out the same little stainless steel saucepan with a copper bottom that I’ve used for the last thirty or forty years. I measure out the desired amount of water or chicken broth into the shiny little pan, add salt and olive oil, and set it over high heat. Next comes the rice, always stored in a plastic container with a tight-fitting lid. I pour it into the dry cup measure, a forlorn-looking item that has been run through the dishwasher so many times it is difficult to read the ounce and cup marks. Half as much rice as liquid clatters into the cup, to be added to the pan after the water comes to a boil, then left on very low heat to soften.

When I was growing up, we ate potatoes at almost every evening meal. Mother didn’t care for rice; she kept a fifty-pound bag of potatoes in the pantry, and we went through it in a couple of weeks. I was the second-oldest girl in our Irish Catholic family of ten children, and oh, the feeling of dread when Mother called me to peel the potatoes. I would arrive in the kitchen to find twelve or fifteen of them in the sink, and I knew that the next half hour was shot. My left knuckles still smart in remembered pain from the many times I skinned them with the peeler.

It’s a bit of a surprise to me that it takes so little time to peel enough potatoes for two. I swish them under some running water first, cleaning them with a brush. With the initial swipe of the peeler, the damp potato smell fills the air. And at the clicking sound of the peeler at work, my little dog comes and sits next to the garbage can, waiting patiently for the stray peel which accidentally on purpose finds its way to the floor. The two or three potatoes are ready in a moment or two.

Early in my first marriage, we moved from Buffalo to New Orleans, where we lived for three years. At first, not knowing the perils of the Southern climate, I bought potatoes and stored them in a lower kitchen cupboard, like Mother always used to do. I reached in for a couple of them for dinner one night, though, and found huge, four-inch roaches scuttling for the corners. Unless sealed in airtight plastic bags or bins, the spuds would all have several quarter inch round nicks in them, where the roaches had helped themselves to some dinner. But just as bad, if enclosed in an airtight container in the warm climate, they quickly turned to liquid ooze. Potatoes stored in the refrigerator developed an unpleasant, sweet flavor. Rice and pasta seemed like viable alternatives and did well in glass or plastic containers. So I eventually became accustomed to cooking rice most days. And our little daughter Charlotte got used to this diet, as neither the women at her day care center nor I cooked potatoes.

We moved to Minnesota just before the birth of our second child, and while I was in the hospital after giving birth, neighbors invited my husband and five year old daughter over for dinner. Charlotte eyed the mashed potatoes being put on her plate and her eyes lit up. “Gwits!” she said, excitedly. She hadn’t had any grits since the last day at her day care center in New Orleans, three months before. She was very disappointed when the unfamiliar mashed potatoes hit her taste buds.

Charlotte is almost forty now, and as I fix rice or potatoes for dinner, all these stories run through my head. Charlotte is five again, her face lighting up with pleasure at a favorite food. Or I flick the peeler over a potato and my knuckles cringe, remembering the many times they were nicked. And I remember trying to talk Mother into baked potatoes, rice or pasta for our dinner, to escape the dreaded peeling chore.

Many evenings the side dish I am fixing is pasta. And as I stand at the sink, filling the big pot with water, I invariably remember the time Mother decided it made no sense to have one big pot full of sauce and another big pot full of boiling water for the spaghetti. She added a couple of extra cups of water to the Bolognese sauce simmering on the stove and cooked the pasta right in the sauce. The twelve of us sat around the big oil-cloth covered table in the dining room anticipating one of our favorite meals, but out came a gloppy, starchy mess. Most of us ate peanut butter and jelly that night. And for years after, every time we had spaghetti, someone would say, “Remember the time Mother tried to cook the spaghetti right in the sauce?” And we would all make faces and moan, “Ewww!”

It’s a quiet afternoon a few days before Thanksgiving, and I’m ironing Mother’s good damask tablecloth. The steam hisses. The psst of spray starch, the chalky damp smell of hot, wet linen. There’s a rhythm to this ritual preparation for guests, fingers sliding over the raised floral sprays, remembering 1950’s formality. It’s all so familiar, oblong by oblong, the way the selvedge turns back on itself, the point of the iron reopening it, smoothing it flat. Psst, another oblong, another shot of starch.

My Great Aunt Loretta used to rinse her laundry in starch before hanging it out to dry. Summers that I spent on her farm, I would be called upon to wrestle the stiff, starched clothes and linens off the line. I sprinkled them with water from a sprinkler made from a small coca cola bottle with a sprinkler stopper and then rolled them up to “dampen” before she ironed them. The spray starch I use on Mother’s tablecloth smells like Aunt Loretta’s laundry. I can see her smile, such a sweet and lonely woman! “Thank you, Katherine. You did such a nice job,” she’d say.

When we lost power after Hurricane Sandy recently, I had to make rice in the microwave for the first time. Our generator was not powerful enough to run the electric stove top, but could handle the microwave. My little stainless sauce pan stayed in the pots and pans drawer. I brought water to a boil right in a big glass measuring cup, then added the rice, covered it with plastic wrap, and put it back in on low power for a few more minutes. As the rice cooked, I wondered if Mother was on generator power, and if so, what she was cooking for dinner. She didn’t like rice; maybe she would cook a potato in her microwave.

And then I remembered that Mother died almost twenty years ago.

I had to sit for a moment.

I imagine most people find their family and friends attached to the little this-and-thats around their house. Some sauce or gravy splashes onto my sweater, and I remember my grandmothers–both of them – cautioning me to wear an apron so I wouldn’t get spots on my clothes.  That scolding tone Grandma Lesperance had. “Your mother spoils you girls.” Or I may notice that tea has stained the inside of a teacup. I see Mother getting down the orange box of baking soda and showing me that a little sprinkle of it swished around the cup with an index finger will get out the most persistent tea stain. “See? Like this. It’s so easy.” Our hands move in tandem.

It’s not a prized figurine or piece of heirloom jewelry that brings them alive again. It’s ironing, stirring rice into boiling water, or peeling potatoes. I reach for a plate from the dish rack, and I’m laughing and singing harmony with my sisters to an old Andrews Sisters song while we do the dinner dishes. I open the flour container and scoop out a little to thicken the gravy, and with the whiff of flour, Grandma Flannery is insisting I wash my hands and put on an apron before she’ll let me help her knead the bread dough. I pour the rice into the small pan, and Mother is wrinkling her nose a bit and saying, “I don’t really care for rice. I’d rather have a potato.”

The rice has cooked, and dinner is over. Dishwasher whining and sloshing, darkness pressing at the window, I join my husband, who’s sitting by the woodstove, taking a methodical last read of today’s Times.  He looks up, smiles absentmindedly, returns to his task. Crinkle of paper, pause, quiet swish as folded pages are stacked neatly on the floor. Smell of wood smoke, fresh logs snapping and crackling like spirits at work.

I open my Eamon Grennan, the puppy settles to gnawing his chew toy at my feet. And there in the shadows sits my mother, in her brown-striped, Danish modern chair, head back, eyes closed, The Times sliding from her lap to the floor, pencil at rest, the ice of her last highball melting in the amber glass on the side table.   One of us older kids has tamped out her last Pall Mall, the little ones safely stashed away in bed. And next to her is old Charlie, our shepherd-collie-retreiver mutt, as big as my Buddy is small, inching his shaggy yellow head under her hand. In her sleep Mother’s hand moves, as if petting and scratching, and Charlie sighs with contentment.

My husband stirs, gets up to knock down the damper on the woodstove, then heads up to bed. Mother and Charlie have gone. Buddy whimpers, and when I pick him up, he licks my hand. 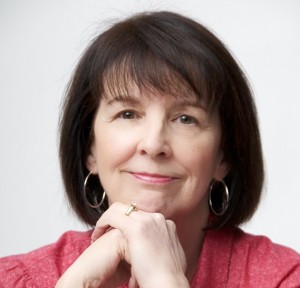 Katherine Flannery Dering holds an MFA in Creative Writing from Manhattanville College. Her memoir, Shot in the Head: A Sister’s Memoir, A Brother’s Struggle, was published in 2014. Her poetry and essays have appeared in Inkwell Magazine, The Bedford Record Review, Northwords Press, Sensations Magazine, Pandaloon Press, Poetry Motel, and Pink Elephant Magazine. A narrative non-fiction piece, which later became a chapter of Shot in the Head, was included in Stories from the Couch, an anthology of essays about coping with mental illness. After a 25-year career in business, she is the retired chief financial officer of Provident Bank, (now Sterling Bank) and currently serves on the board of directors of the Westchester Bank, in White Plains, New York.