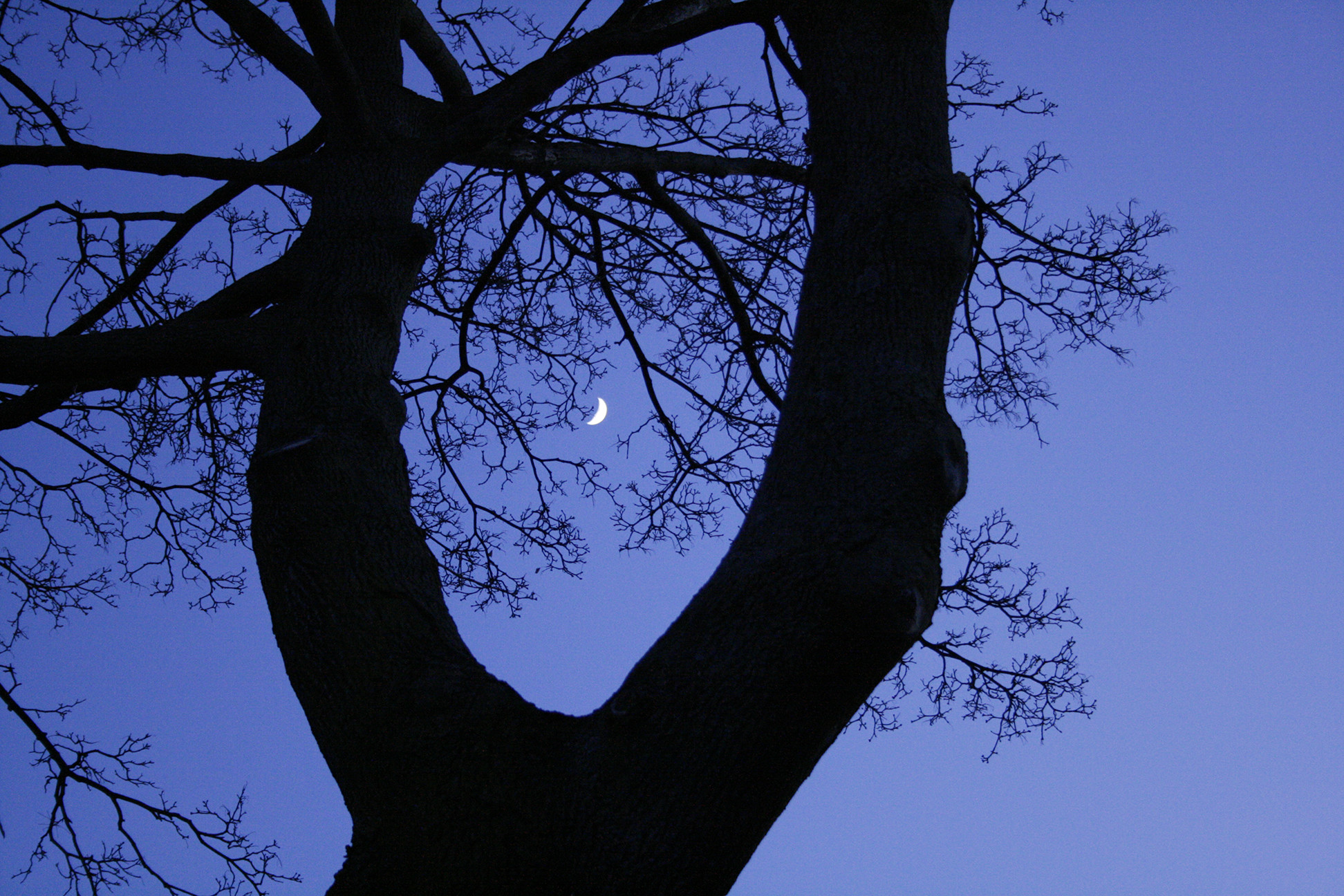 At night the trees came inside the house,
orderly, as if planned, one by one.
The three Maples, the Slippery Elm, the two
Birches known to slant together as if tender
lovers, the Gingko tree with its pungent odor,
and the shaggy limbed old fir. They would shake
off their inhabitants, a flutter of birds and squirrels,
and bend their way through the open back door,
branches flattening down from the doorway’s narrow
squeeze and then springing back to knock everything
off counters, tea cups and dinner plates sent flying, a can
of peas rolling into the dog’s bed as he hid beneath
the dining room table. Inside, the trees would strain
to stand, unbending and slowly rising through the plaster
ceilings, the wooden floorboards. Pushing up until
ceilings popped and cracked, until floors split and gave
way to the sturdy trunks and the determined expanse
of limbs. The fir broke through two ceilings to reach
the attic where my father, up late painting, had to step
around the needling branches to fetch the linseed oil
that lent the blue pigment of a canvas sky a certain clarity,
an elusive lightness. As for me, I took pity
on the creatures adrift in the splendor of the empty
yard, opening my bedroom window to invite them in.
Settling to sleep each night beneath a spread Maple,
with the soft murmur of birds nesting in dresser drawers,
orphaned rabbits curled at my feet, and a dray of squirrels
tucked in the pillowcase. Owls perched on my bedposts
delayed their hunt, keeping watch as the rest of us slipped
into dreams. Outside the wind blew flat over blades
of grass, like a whisper seeking a listening ear.

Susan Moorhead is a poet, writer, and librarian in Westchester County, New York. Her work has appeared in JMWW, Anderbo, Lowestoft Chronicles, and Crab Creek Review, among others. Nominated three times for a Pushcart prize, Susan’s recent work includes a short story in The Westchester Review and a chapbook, The Night Ghost, with Finishing Line Press.