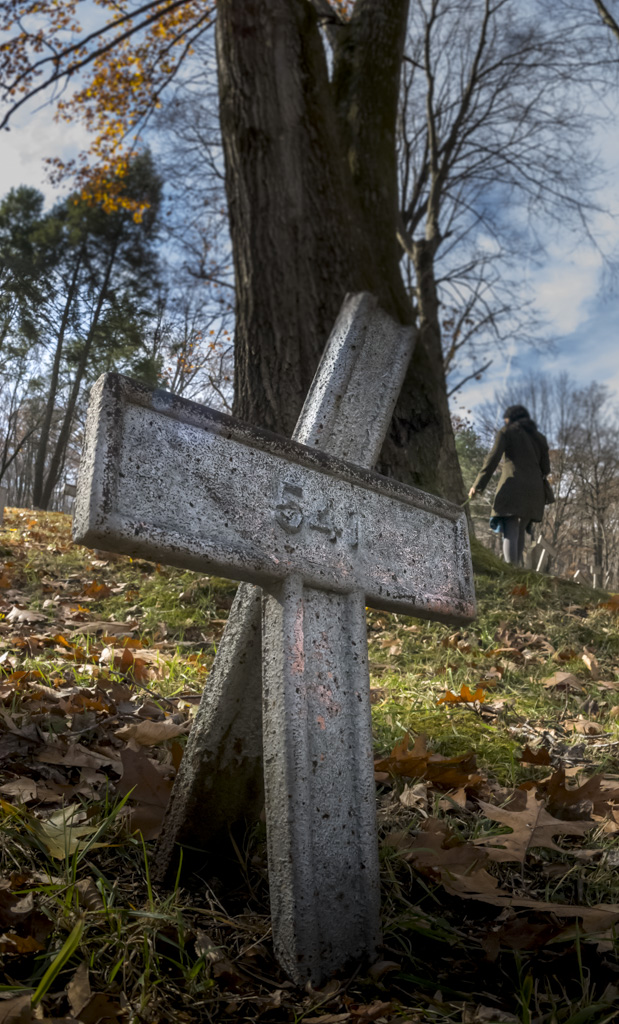 1.
It’s as if Colin Meloy let loose the birds from the branch and commanded the clouds to descend at a speed that speaks to my inner desire for fight. Another road-trip: Queen Anne’s Lace, rods of gold, iron stalks.
2.
We arrive on Culp’s Hill, which played a prominent role in the battle of Gettysburg, two rounded peaks, separated by a narrow saddle. We stand there for a while imagining the dead and half dead being eaten by wild pigs. When I register the puffy white kid in the civil war hat his father purchased in the visitor center, or the purple buds clinging so tightly to a branch they look like frenzied insects—Did you get that? My husband shouts at my lens. Yes. Yes, I did, the branch, the buds, and the puffy boy. Where have you gone?
3.
The rifle revolutionized the war, bullets circling the inside of the barrel propelling further than ever before.
4.
Devil’s Den, a field with craggy stones where people convince themselves that they see something; feel a cold spot, a heady scent. I shoot headlong into the expanse of it. There is no focal point, shapeless, nameless, and when we edit these photos later this will be the one. Maybe it was just sand kicked up by a circling tire, or a slow shutter hesitant to click shut?
5.
Fact: There are more than 1,400 monuments, markers and tablets at Gettysburg. More than 30,000 dead and wounded soldiers were left in the battle’s wake. More than one-third of all known photographs of dead soldiers on Civil War battlefields were recorded here.
6.
Tell me again why we’ve come?
7.
The relative inaccuracy of the musket was considered to be significant; smoke from the black powder quickly obscured the battlefield, in the end rendering them useless—What we convince ourselves we know, what begins the empirical method? Bride of all unquiet things—why we fight.