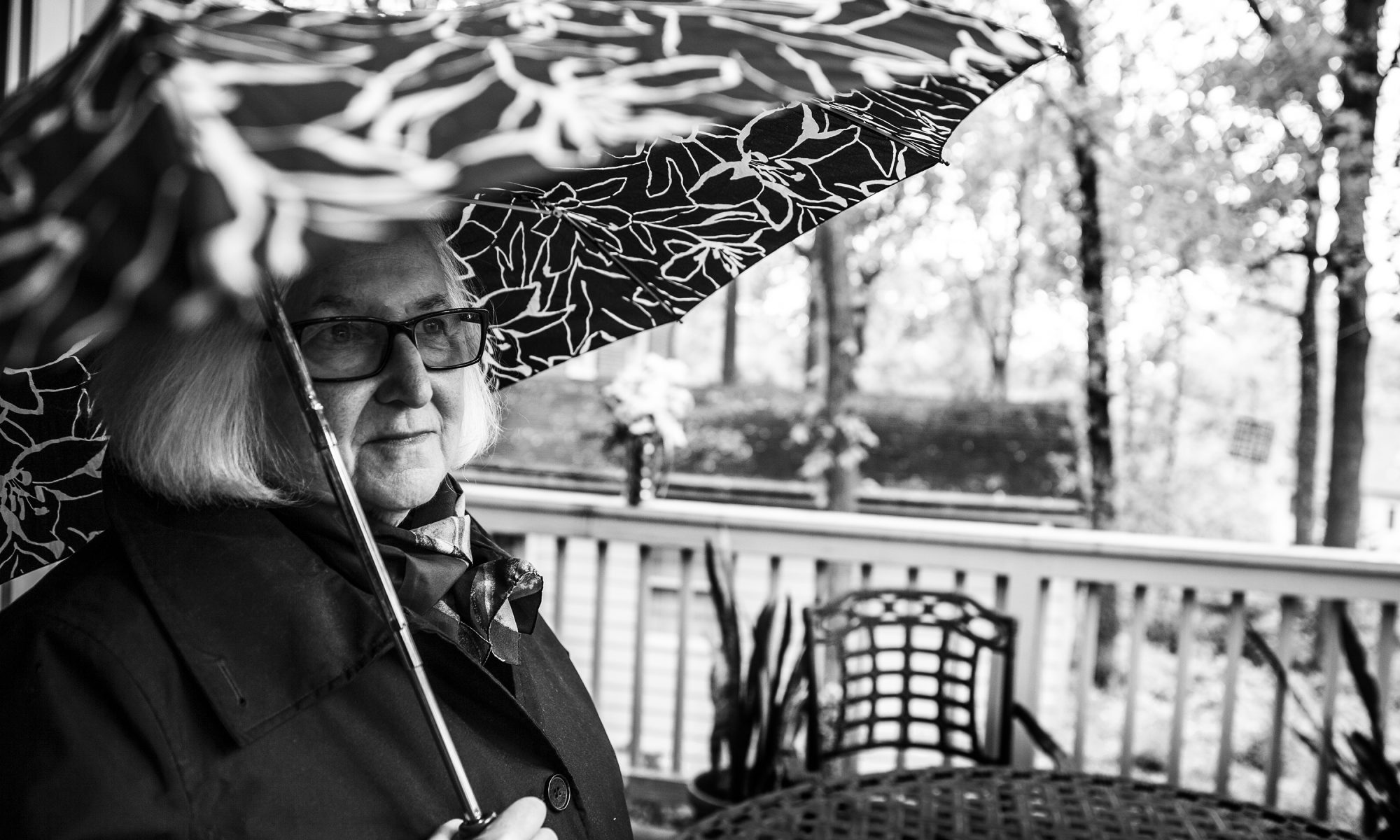 “Will you be trolling the streets of Edinburgh for sexual experiences?” asked Iris, snapping a look over the top of her paper. “I’ll come visit if you promise not to pick up strangers. And no primal screaming after hours. And I’m not cooking for you or washing your clothes.” With a flick of her sharp hair she returned to the news.

I sat at Iris’s kitchen table, chin on my knees, holding a mug of blueberry tea. I was on Christmas break and had just dared to invite my recently retired friend, forty years my senior, to visit me in Edinburgh, Scotland where I was a student.

Iris was a zippy woman with brilliant eyes and a taste for dour vintage clothes. She had an aged-cheese voice, an incendiary sense of humor, and a maternal way of offering me cheap Shiraz while questioning my romantic decisions. At sixty-six she finally claimed what she described as an abnormal personality with occasional flickers of sanity.

I slurped tea until she looked up over the tops of her chunky glasses. I said, “Spring break is only a couple of weeks. I think I can control myself for that long.”

“Uh huh.” She didn’t look convinced. “Your brain hasn’t fully developed yet, my dear. There’s no telling what kind of risks you might feel like taking.”

“Seriously,” I said. I was breaking our unspoken rule of maintaining compassionate yet professionally distant friendship. “But we can do quiet things like museums and tea rooms. And I know you’re getting bored as the housewife.”

Iris found life outside her university niche difficult. Still, she took a few months to consider my offer and its potential financial and emotional risks.

She finally wrote in March to say she had decided, after much internal debate, to travel without her husband for the first time in many years. I was pleasantly surprised.

I had a small flat in Westport near the “pubic triangle” where shops alternate between musty bookstores and strip clubs. I felt comfortable. I chopped my hair off, sketched in cafes, and occasionally attended class.

A drenched Iris appeared at the door one rainy afternoon in head-to-toe black, a small suitcase in tow. I gave her a key and a sturdy umbrella so she could roam independently. She wasn’t prepared for the November chill. I wore what the other girls wore, thick patterned stockings and crocheted fingerless gloves. I lent Iris layers of wool to protect against the constant creep of Scottish mist.

Iris made herself at home with immediate ease. She was capable of unexpected geniality and had an ability to spark quick connections with people. The neighbors, who had never said more than “Hiya” to me, invited her in for tea and Victoria sponge. She reveled in the local farmers market, heard stories from strangers on street corners, and made sure I didn’t die of malnutrition. She cooked Greek every night. We spent days drifting through museums and Oxfams. We walked in companionable silence across Grassmarket (once a site for public executions), up the colorful curve of West Bow to Victoria Street, and into tiny antique shops to buy postcards and smell old texts. She loved the city from the first step out the door with its moss-stained cobblestones, haunted alleyways, and crusty cathedrals. When the museums and bookstores closed, we’d return to Westport, put on warm slippers, and chat over boxed wine. She’d curl her feet up under her, cheeks pink, and indulge my child-like curiosity for stories. She was selective in her truth-telling, and so was I.

On Iris’s last day in the city we found ourselves at the top of St. Andrews Street with a view of the water. The seaport of Leith was two miles away, and we were tempted to head toward the line of deep blue. We turned instead into the recently refurbished National Portrait Gallery. I enjoyed the space with its high ceilings and archways. We took the elevator to the top and I headed for the photographs of India. I lost Iris in the Royal Portrait Exhibit but rediscovered her on a lower floor.

“I have something to show you.” Iris whispered to preserve the peace of the room. She led me around another corner to Aleah Chapin’s Auntie. I reacted like everyone else, with an open mouth, a frown, and then, “Wow.”

Auntie was an old woman. I scanned her naked body, cracked-baklava skin stretched over skinny limbs and enormous sagging breasts. She held her hands together with casual modesty. But her face demanded attention. Auntie offered me a slight smile and her eyes snapped with mischief. The longer I stood in front of her the more natural and relaxed she appeared. Only her audience felt uncomfortable about her exposure. Of course she’s naked, why not? I thought.

Chapin, a young American artist, has spent the last several years painting a series of older women. In her statement she explained, “Auntie’s body is a map of her journey through life. In her, I see the personification of strength through an unguarded and accepting presence.”

I stepped back to watch reactions. Auntie caught people off guard. Older men came around the corner, gave her a cursory glance and kept walking, perhaps thinking, I see that every day. Older women looked up at her, blinked, and then moved their eyes politely to the accompanying card. Middle-aged women held her gaze for a little longer. I, the young thing, stared. Auntie held people’s attention for a maximum of thirteen seconds, including the time it took to read the artist’s statement.

I was thinking about ageism when two old biddies with perfectly curled hair, tiny berets, sharp grey pencil skirts, and sensible shoes rounded the corner. They gave a cackle of delighted surprise. They started taking the piss out of each other. They were buoyant, confident, and sexy.

Auntie was placed next to a painting of a much younger model, a surly woman lounging naked on her stomach. The two viewers pointed at the younger woman and asked, “Did we ever look like that?”

“But look at Auntie’s face,” said one to her friend.

“It’s fantastic. I love the splash of gold next to her hair and down here by her legs. I’d much rather look at her.”

I agreed. Auntie was irresistible.

Iris touched my shoulder. As we headed down the red carpet staircase she said, “I’m having raw reactions to the portraits. I think after a few weeks of being here my emotions are exposed. This is a decalcification of my layers.” She took my arm. “My defenses are being peeled away, one by one.”

Iris had spent her life grounded in facts. Emotional expression was relegated to the realm of stoical silence.

We caught a bus back to Princes St. She motioned for me to sit next to her so I could look at the bored monochrome faces behind us. She asked, “How does that view compare to the Portrait Gallery?”

We crossed Waverly Bridge, took a last look at the gothic spire of the Sir Walter Scott monument, and turned onto the Royal Mile. Iris opened her umbrella against the soft skulking mist as we trekked past the looming hulk of St. Giles cathedral, moved around Asian tourists with selfie sticks, and ignored tour guides dressed as Dracula. Back in Westport we stepped into a quiet dimly lit pub and ordered the national dish, chicken butter masala. I tried to drink dark brews while we talked about Chapin’s painting. Iris went deeper.

She said, “My body looks like that, to be honest, and I haven’t looked at myself in a full length mirror in years. We don’t have any in the house. I always have to wear layers of clothing and check myself before going out.” She explained the stages of aging she’d experienced. “When I hit my mid forties, people started calling me ma’am, and a little later I became invisible. Now health professionals call me dear and honey. I was beginning to feel that without my community at the college I was a nonentity.”

I flinched and put my spoon down.

She went on, playing with her napkin, “But in that painting a woman my age is just standing there. Not ashamed or uncomfortable, declaring herself beautiful. I’m not sure how to react to that declaration. I’m still processing it.”

I would have liked to tell Iris, my friend and mentor, how I thought she was still beautiful, still irresistible. But I knew it would be difficult for her to accept my praise. As a lapsed Calvinist, she might be particularly skeptical of compliments.

Before I had a chance to say anything Iris put her hands on the table and gave the signal for the bill. She shifted tone. “I’ve gotten so tired of people asking what I want to do in retirement I’ve started telling them I’m going to get in touch with my inner slut. But I didn’t anticipate this, more travel and adventures.”

As we stepped outside into the perpetual drizzle, Grassmarket greeted us with a belch of beer and the sound of singing tourists. Iris took my arm and looked up at the brightly lit square towards the glow of the castle mound. She smiled and said, “This trip has brought it all back, the thrill of being out of place in a different culture. I just have to tell my husband that he can never retire.” 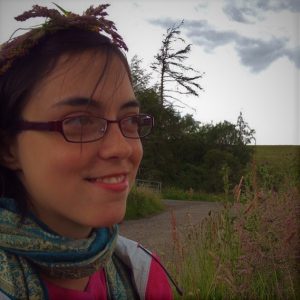 is a graduate of Edinburgh University’s writing program and has spent time in Kerala, India as an ESL teacher. She is delighted to find herself gainfully employed by the University of Pittsburgh teaching creative writing.

is a writer and photographer based in D.C./Baltimore. When she’s not behind the lens capturing life around her, she is working to complete an MFA in Creative Writing and Publishing Arts at the University of Baltimore.