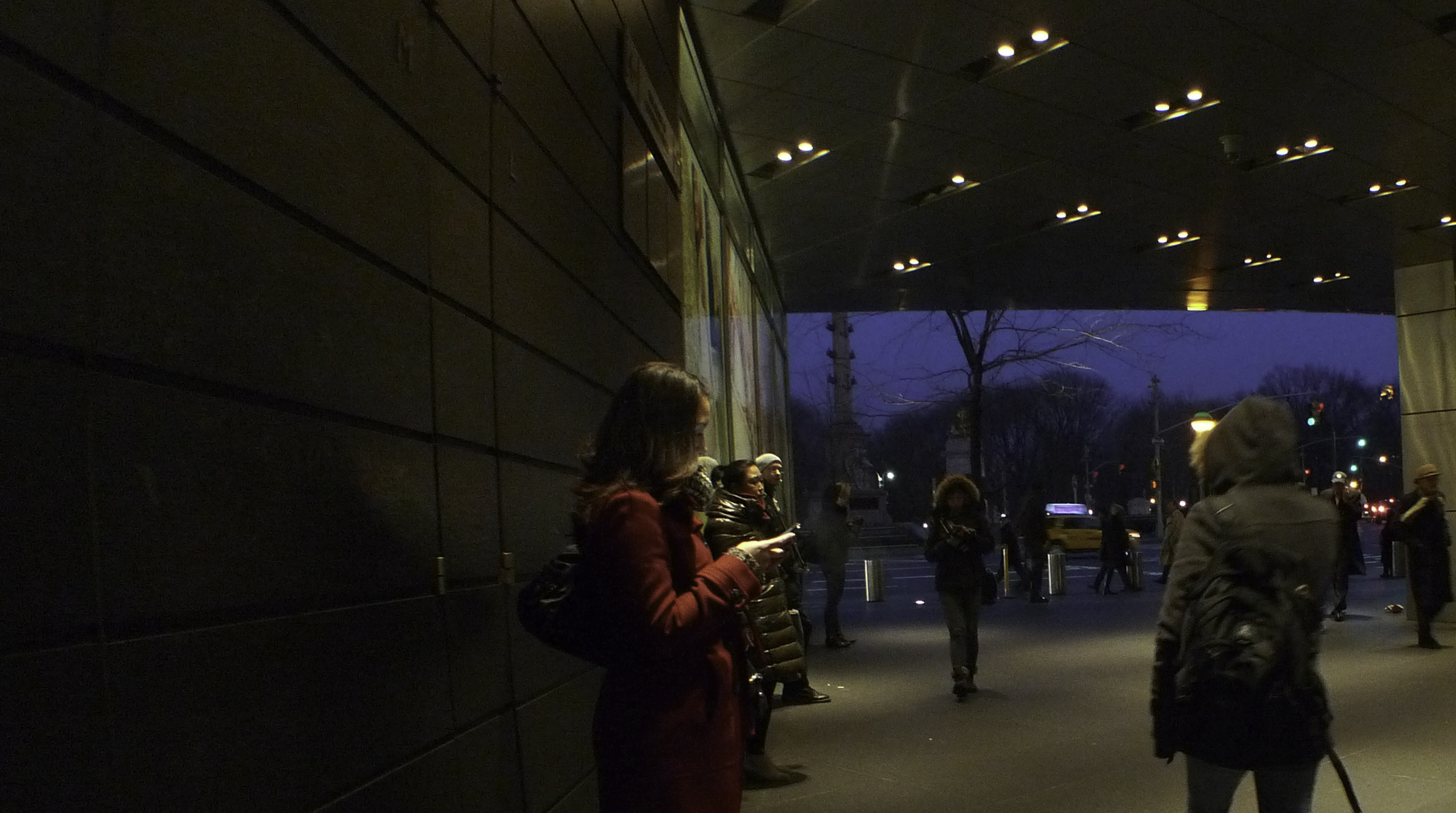 Streets under streets.  Trains under trains.
Under concrete sky, an unidentifiable hour when no natural light shines
yet no one sleeps but a man in a filthy blanket on the ground;
even as electric piano Beethoven tumbles from the hands
of a pre-teen Russian prodigy;
even as the Ebony Hillbillies twang and stomp;
even as voices lure with the mantra, “Are you stressed?”
and muted people demand you accept pamphlets about spirituality;
even as the loud speaker announces the next train arrives on track 1.
On the train: a woman who won’t hold on, her arms
hanging loosely by her sides, knees soft as the train
hurtles, her body parallel to the silver pole
but never touching it; a man who intones
that he recently left the hospital; some tourists meet
his gaze; tourists whose bags block doors; tourists asking
for the way to the West side, to Zabar’s, to the Christmas tree.
Boys slap each other’s arms and faces.
A drummer’s hand slaps the leather skin as he croons
that his girlfriend, with good behavior, might become his wife.
A meta Arts for Transit picture depicts you,
or someone like you, holding on while another rider
surfs the bumps and stumbles on your toes;
a boho kissing couple; nuns; a wiggly plant;
a weirdo in a bear costume.  Or maybe you
are the weirdo in the bear costume.  Or maybe
you are the weirdo thinking about the rats
on the tracks below – wondering why they don’t die
when electrical currents pierce their fields,
and how they always know when the trains will come,
and how they are lucky to court the dark
spooling out of the tunnels; to know the deepest
subterranean pockets; to leap from the edge
and run through the earth.

Francine Rubin’s chapbook, Geometries, is available from Finishing Line Press, and her pamphlet The Last Ballet Class is forthcoming from Neon. More poems and thoughts appear at francinerubin.tumblr.com.